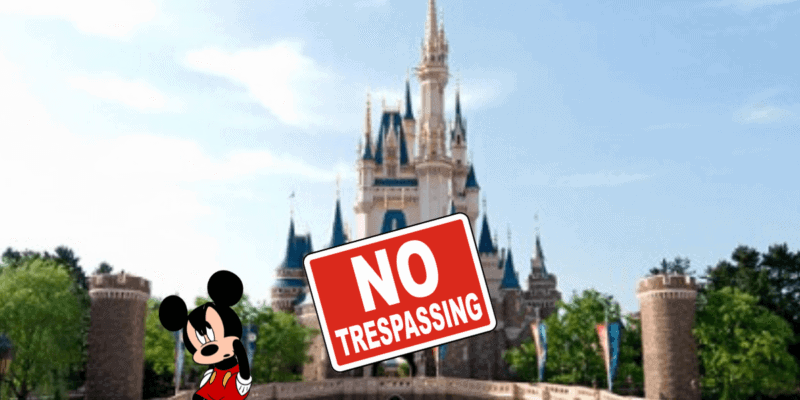 As Disney parks around the world remain closed due to the global pandemic, it appears that some fans are tired of waiting for the parks to reopen. Less than a full day after a man was arrested for breaking into the Disneyland Resort in Anaheim, California, another break-in story has emerged from Tokyo Disney Resort where a teenager was arrested for entering the Ikspiari shopping center.

According to the Japanese news site TPS (roughly translated):

A boy breaks in while the Tokyo Disney Resort is closed A boy, supposedly 16 years old, invaded the grounds of Tokyo Disney Resort, which was closed at 3:30 pm on the 21st. According to the police, a boy group visited the commercial facility “Ikspiari” in Tokyo Disney Resort in Urayasu City, Chiba Prefecture, and it seems that one of them entered the site. The police heard that a boy group near the seaside knew something about the situation and listened to it.

Unlike the 18-year-old who made it into Disney California Adventure Park, this supposed-16-year-old did not make it into either Tokyo Disney theme park.

Ikspiari is essentially the Downtown Disney or Disney Springs of Tokyo Disney Resort. The on-property shopping and dining complex features 140 shops and restaurants as well as a movie theater complex.

The complex sits at the very gateway of the resort property, right next to the Maihama station. It also has its own public parking structure. Since it is the first location accessible to the public upon entering Tokyo Disney Resort, it is the most susceptible location for stunts such as trespassing.

Operated by the Oriental Land Company, Tokyo Disney Resort, which features Tokyo Disneyland and Tokyo DisneySea, remains closed along with Hong Kong Disneyland, Disneyland Paris, and every other Disney resort around the world.

You can read the most up-to-date statement on the official website.

The reopening date will be determined in mid-May, after which a new announcement will be sent out. Additionally, the opening of the Tokyo Disneyland Expansion new area will be determined and announced once the Parks have reopened.

We wait for the day the gates reopen and we can visit Tokyo Disneyland and Tokyo DisneySea once again.

What do you think about the trespasser stories? Have you been tempted to try to sneak onto Disney property? How would you do it if you had guts? Let us know in the comments!