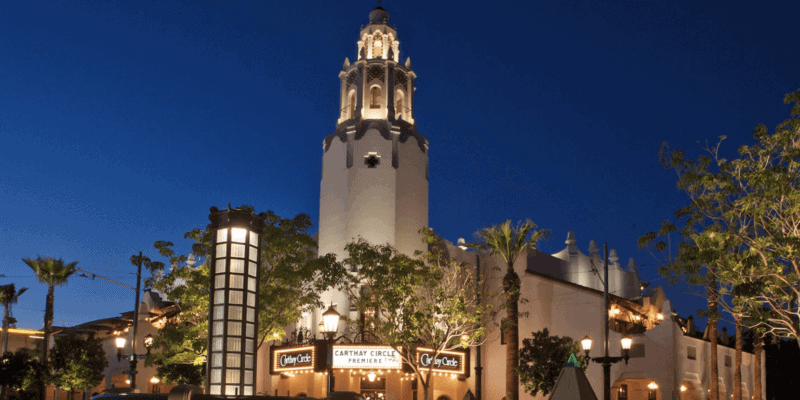 Disneyland Resort’s two theme parks — Disneyland Park and Disney California Adventure Park — are home to some incredible restaurants. From the highly-themed Blue Bayou inside of the Pirates of the Caribbean attraction to the incredible Lamplight Lounge that overlooks Pixar Pier, Disneyland Resort Guests have plenty of great choices when it comes to dining.

As one especially popular restaurant, Carthay Circle, prepares to officially reopen tomorrow, July 22, a brand new menu [below] has been revealed — and a couple of fan-favorite dishes are missing from the “Starters” section.

Related: Disney Left One BIG Tribute to A Bug’s Land at Avengers Campus

In place of the popular $15 Carthay Signature Fried Biscuits are $14 Warm Cheddar Parkerhouse Rolls, and the ever-popular Fire Cracker Duck Wings are also nowhere to be found on this revamped Carthay Circle menu.

Disney has also opted to remove an entree option from Carthay Circle. There were previously seven entrees, but are now only six. Additionally, some entrees have been changed or swapped [below]. The Rigatoni Pasta Fagioli, for example, is new, as is the $75 20 oz Grilled New York steak.

Many Disney Parks fans have noticed that the prices on this new menu are quite high. Although Carthay Circle has always been more expensive than many other Disneyland and Disney California Adventure dining establishments, menu items are now even more costly than they previously were. In February 2020, the entree dishes ranged in price from $24-40, and now the least expensive entree on the dinner menu costs $34, with the most expensive option being $75.

Welp we’ve just been priced out of Carthay Circle. Have you seen their menu? I’m totally bummed. The Lounge has better prices but no cheese biscuits there. Sigh.

Pint-sized palates are sure to say “bravo” to dishes specially prepared for young gourmands. An array of indulgent desserts provide a satisfying finale to your stylish celebration.

The description goes on to share details about how the restaurant was inspired by Walt Disney himself:

Carthay Circle Restaurant occupies the second floor of a meticulous reproduction of the iconic Carthay Circle Theatre in Los Angeles. The original Carthay Circle Theatre—built in 1926—was one of the great movie palaces of Hollywood’s golden age and it played a pivotal role in Walt Disney’s life. His first feature-length film, Snow White and the Seven Dwarfs, premiered there in 1937, and in 1941 groundbreaking stereophonic “Fantasound” was installed for the West Coast premiere of Fantasia.

The design and décor reflects the romance and glamour of that bygone era with rare artifacts and references to the early Disney era. Peruse Snow White and the Seven Dwarfs Courvoisier cels—the only animated art ever to hang in Walt Disney’s home—and the charming pastoral scene from the movie painted on the ceiling of the main dining room.

What do you think about this new menu at Carthay Circle?

Let the expert team at Academy Travel help you plan your next magical vacation to Disneyland Resort and the Downtown Disney District or Walt Disney World Resort and Disney Springs!

Comments Off on Disney Restaurant Reopening Without Popular Dishes, Leaves Guests “Priced Out”