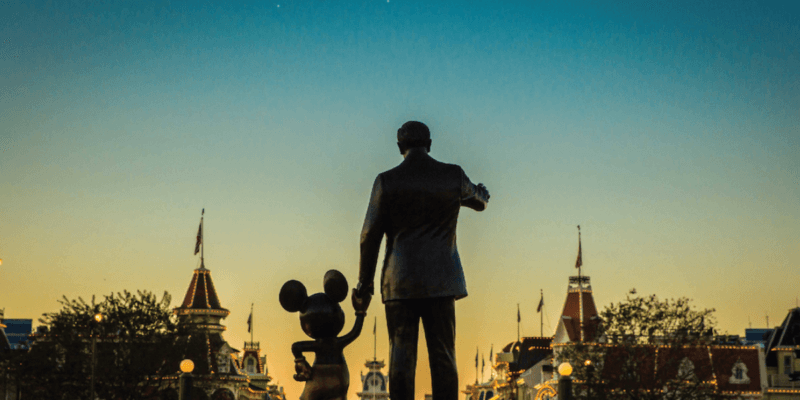 Firearm arrests are on the rise in Central Florida. Guests caught with firearms heading into the Disney World theme Parks have been arrested at an alarming rate in the last two years. According to the Orlando Sentinel, “the arrests are on pace to keep rising. This year, [2021] deputies have already arrested at least 14 people at Disney security for carrying concealed firearms through mid-April.”  What could be causing this alarming trend of guns at Disney World? 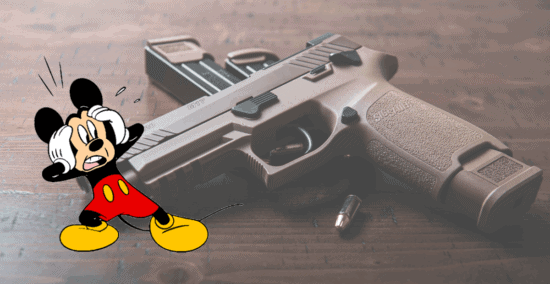 More Guns at Disney World Than Ever Before

In 2016, very few arrests (around four) with regard to guns at Disney World were made. The skyrocketing trend of recent arrests shows that while gun charges may be rare compared to other incidents, over 20 people alone were arrested in 2020 at Disney. This is a huge increase. Why are more arrests being made? There could be a few reasons. For one, there is a myriad of gun laws across the United States, where the bulk of Disney’s visitors come from. They may be unaware (which is no excuse) of the area-specific rules Disney has in place for weapons, and that can cause problems.

Guests who regularly carry weapons (concealed weapons permit notwithstanding) may forget that they are carrying a weapon in a purse, stroller, diaper bag, or backpack. The Summer 2020 case of the EPCOT diaper bag drew attention as Guests had two guns and drugs inside a bag meant for a child. Whether this was truly forgetfulness or not, we may never know.

The forgetfulness story is retold several times in the last year, as a family was stopped by Walt Disney World security after they admitted they had a gun in their backpack when trying to enter Magic Kingdom park. The 35-year-old man from Missouri was going through bag check with his wife and toddler outside Magic Kingdom when the couple told the security officer that they forgot about an unloaded gun in their bag. Afterward, Disney notified local law enforcement.

Another man claims he relocated his 9 mm Smith and Wesson from his car and placed it into his backpack overnight because he said he was worried about his vehicle being broken into. But when heading to the theme parks the next morning, he claims he forgot to take the gun out of his bag, despite him not holding a conceal permit. As a result, he was pulled over from the “no bag” line and arrested.

New gun owners across the states are the result of political unrest and pandemic-based fear, anxiety, or anger. An elderly man who drew a gun on another couple in a heated argument for a parking space at Disney’s Animal Kingdom is a fairly recent example of this anger.

“All persons, bags, parcels, clothing and any other items may be subject to screening/security checks. We reserve the right not to allow any bag, parcel, or other item and to deal with any unattended object, bag or luggage in such way as we consider appropriate.

Firearms, ammunition, knives and weapons of any kind are prohibited.”

Toy guns are no longer allowed on Disney property either, though the theme parks sold pirate cap-guns and toy pistols prior to 1999. Currently, all major theme parks and Disney Springs have security bag checks for Guests to clear, as well as closed security monorail loops. These security checkpoints often deter would-be weapon carriers from going any further or allow those that may routinely carry an item to return it to a proper location.

For instance, in the Fall of 2020, a Guest left their handgun in a planter outside of a bag check tent, thinking no one would find it. However, these bag checks are still on Walt Disney World Property, where weapons are not allowed.  The Guest, 27-year-old Marcia Temple from Georgia, told Orange County Sheriff that her 6-year-old son should have been watching the gun. A health screening employee reportedly saw her stash it in the planter and notified security, with an on-scene Orange County deputy.

Many Disney fans and regular visitors called for Disney Springs to gain bag checks or security checkpoints after it was rumored the Pulse Shooter visited the shopping district looking to cause trouble. While security, in general, was beefed up (reportedly the shooter was deterred by the general security presence), the area had yet to install routine bag checks.

Downtown Disney serves as a bag check and security clearance for all the California shopping areas and even into the theme park areas. It seemed odd that Disney World’s similar area wasn’t included in the security routine until after the 2020 pandemic arrived. By that point, the incidents of arrest and weapon confiscation were already too numerous to mention.

As the theme parks reopened in 2020, Disney Springs implemented a contactless bag check (an example is seen below) and security screening along with its health screening. It was a welcome change as it put Disney Guests at ease in the same mindset as the major theme parks.

The checkpoints paid off, as an 18-year-old man was flagged and arrested for attempting to bring a loaded BB-gun into the shopping district. He was also trying to impersonate a DEA agent, as well as carrying his concealed weapon. The Orlando Sentinel notes that “nearly 75% percent of the arrests during the pandemic happened at Disney Springs, the resort’s free-to-enter entertainment and restaurant complex, sheriff’s records show.” Clearly, the multiple checkpoints are working. 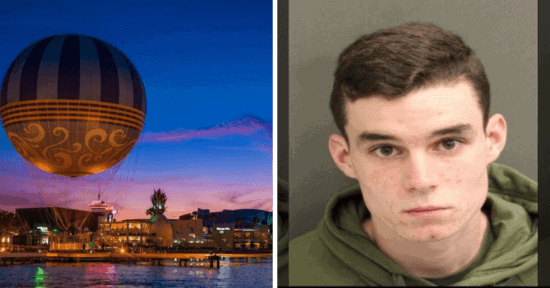 “But It Happens Elsewhere…”

While Disney World and its neighboring theme parks show arrests are on the rise, it’s often that concealed carry permit holders aren’t arrested, (so arrest reports cannot detail exactly how many guns are brought). Such was the case of a 43-year-old white Florida man who visited Disney’s Polynesian Village Resort with his family. Upon checking in, a bellman discovered the Guest had packed his AR-15 rifle and a 9mm handgun in his luggage because he “was concerned about the Black Lives Matter protests, according to the sheriff’s incident report. Disney stored the man’s guns in safes and allowed him to stay. The Sentinel [didn’t name] him because he wasn’t arrested or charged with a crime.”

Other theme parks in the United States report that concealed weapons are still being brought in, and have responded by bringing up heavier security at their entrance gates. Universal Studios theme park spokesman Tom Schroeder will tell you that park entrances offer secure lockers for guests to use as safe storage. If someone doesn’t have a permit and is caught with a weapon, the Orlando Police Department is immediately notified.

Hopefully, as the pandemic passes, the population begins to hear more about Disney’s weapon policy, and tightened security continues, these increased gun incidents will wane. Disney has a reputation for being a family-friendly, safe, and enjoyable environment, and we’d love for it to continue in that vein.

Have you read about these arrests? We hope to keep Disney World the safest place possible! Leave us a comment!