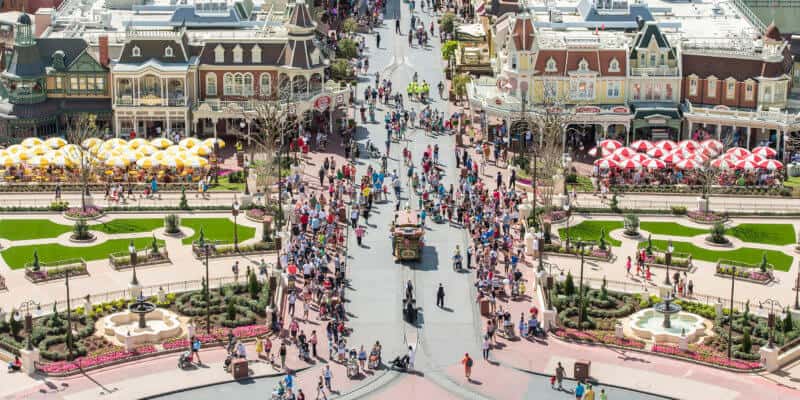 A man, his wife, and their four-year-old daughter were stopped by Walt Disney World security after they admitted they had a gun in their backpack when trying to enter Magic Kingdom park.

According to a recent report by the Orlando Sentinel — which cites reports from the Orange County Sheriff’s Office — the 35-year-old man from Missouri and his 34-year-old wife were going through bag check with their four-year-old daughter outside Magic Kingdom at 9 a.m. on December 28 when the incident occurred. The couple told the security officer that they had an unloaded gun in their bag. After, Disney notified local law enforcement.

The gun had one magazine and ammunition. It was stored in a zipped carrying bag that was inside a purse that was then inside a backpack. The couple said they had forgotten that the gun was in their bag when they were attempting to enter the Disney theme park. The couple both have concealed weapon permits from Missouri, they told officials, although this was not verified by police.

The police report stated that the man “had bought the gun for his wife to carry as protection a couple years ago. [The couple] apologized stating they forgot to leave it in the hotel room and asked if they could secure the gun somewhere in the park … They forgot the gun was in the purse when they left to come on the family vacation because they have 18 family members attending the trip and had many bags.”

The Orange County Sheriff’s Office held onto the gun. The couple was not arrested, and Disney did not ban them from the parks.

The sheriff’s report said that Disney “felt it was a mistake on the part of the guest and were satisfied with taking the weapon for safekeeping.”

Even if you have a concealed weapon permit, guns and weapons of any kind are prohibited across Disney property. You are not allowed to carry a gun with you at any Disney theme park, Disney Springs, or the resort hotels.

As always, Walt Disney World officials — and those at Disney Parks around the world — want to ensure guest safety at all of the theme parks and across all Disney properties. If you are ever concerned for your safety or the safety of others, or if you witness suspicious activity of any kind, please reach out to a Disney Cast Member or security as soon as possible. They are there to help.