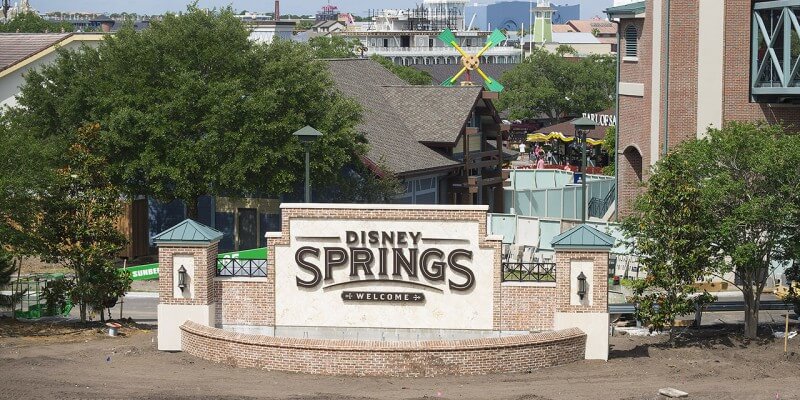 A man armed with a 9 mm handgun and two magazines with 14 rounds of ammunition was caught outside the Orange parking garage at Disney Springs. Thanks to a law enforcement dog and the Orange County Sheriff’s Office, the man was apprehended. He was charged with carrying a concealed firearm (which he does not have a permit to do, even though he applied for one over three months ago), trespassed from all Disney properties, and booked into the Orange County Jail. He was released two days later after posting a $1,000 bond.

Thankfully, local law enforcement was patrolling the area and able to catch this armed man. But after the news came out, many were left wondering: should Disney be implementing security checkpoints at Disney Springs since it is Walt Disney World Resort property, and Guests are required to go through security when entering all of the Disney Parks?

Walt Disney World keeps the theme parks highly secure. Guests must go through a bag check and metal detector security checkpoint before entering any of the theme parks as a precaution to keep Guests safe and keep prohibited items from entering the Disney Parks.

We have linked a list of the items prohibited from Walt Disney World Resort property. It’s important to note that these items are not just banned from the theme parks — they are not permitted from all Disney property, including Disney Springs. And included in that list are “firearms, ammunition, knives, and weapons of any kind.”

Given the fact that most items that are banned from the Disney theme parks are also prohibited from Disney Springs and the Walt Disney World Resort hotels, it would make sense for Disney to start implementing more security at Disney Springs. And after all, on the west coast at Disneyland Resort in California, Guests are required to go through security before entering Downtown Disney — although Downtown Disney is much closer to the theme parks than Disney Springs is.

Guest Has Altercation at Disney Springs, Reportedly Gets Security Involved

Given how security works on the west coast at Disneyland Resort, it doesn’t seem like it would be too far-fetched for Disney Springs to have a security checkpoint.

But as many point out, Disney Springs seems like a gray area. It’s technically a shopping mall, and Florida state laws allow people to carry concealed weapons as long as they permit. However, even though Disney Springs is a mall, it’s still considered Disney property. So if anyone is caught carrying any prohibited items at Disney Springs, they will be asked to return the items to their vehicles or, in some cases, arrested (such as if they refuse to cooperate or if they are in possession of illegal things).

In the incident we shared above, the man with a gun at Disney Springs was thankfully caught because local Florida law enforcement was patrolling the property. But it’s unclear what, if anything, would have occurred had this armed man not been arrested. Still, there’s no denying that having security checkpoints at Disney Springs requiring Guests to go through bag checks and metal detectors before entering the area would prevent situations like this, especially since security at the Disney Parks prevents those with firearms and other prohibited items from entering.

There are no signs that Disney has plans to implement more security at Disney Springs, but we don’t doubt that it could happen in the future.

What do you think? Should there be more security at Disney Springs at Walt Disney World? Or is it safe enough as is? Let us know in the comments.