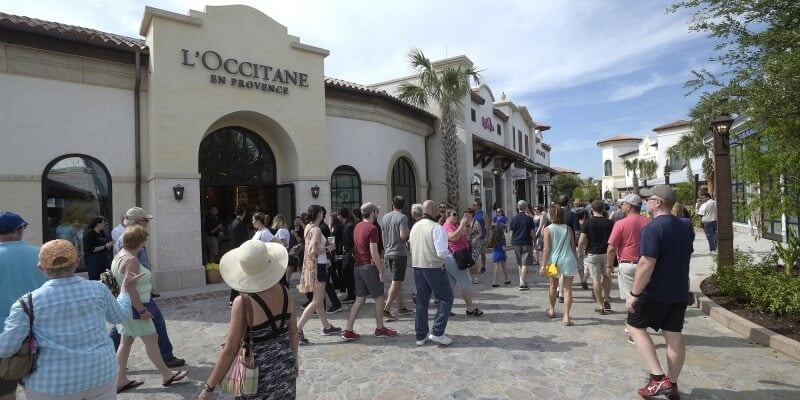 A Disney Guest is reporting that they and another Guest got into an altercation, which resulted in involving security.

On January 4, a Guest was visiting Disney Springs — Disney World’s shopping and dining district — with their three-year-old son. They stated that they were walking just outside the Co-Op store, pushing their son in a stroller, where it was extremely busy. The Guest was trying to get by another Disney World Guest where the incident began.

“There was a gap between him and the wall but I said excuse me and waited about 10 seconds,” the Guest stated. “He did not acknowledge me at all. I ended up just squeezing by.”

“About 30 seconds later he came up to me and very aggressively told me that I hit his shoe,” they continued. “I said I was sorry for bumping into his foot and that I said excuse me. He then told me that ‘I need to let him get a chance to move before he gets out of the way’.”

At this point, the Guest was caught off guard so they simply just apologized again and tried to let the situation go before it escalated any further as they noticed his hands were clenched and were getting closer to his face.

“My son was pretty upset and I didn’t want to get into it anymore with my family present at Disney World,” the Guest explained.

The Guest walked away with their family, found a security guard, and reported the incident.

“We have been coming here for years and years now and understand how frustrating this place can be at times,” the Guest explained. “We always give people the benefit when we see others getting frustrated.”

They continued, “Kids screaming, massive crowds, the heat, we understand getting upset….this was different. This was a full grown man upset with someone about a stroller and his foot and someone screwing up his video.”