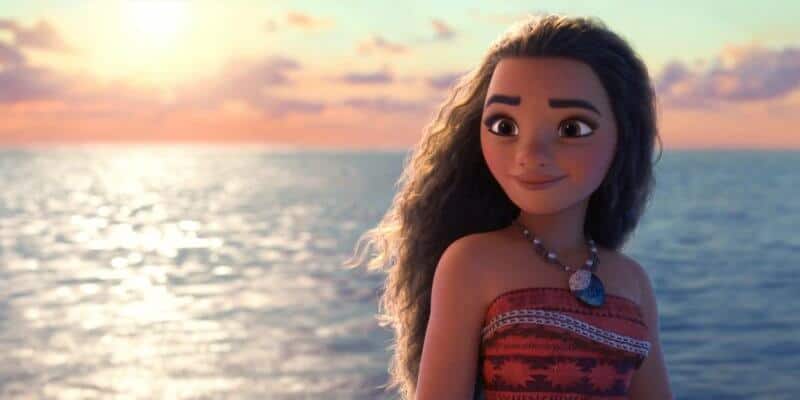 Walt Disney World Resort’s EPCOT theme park has been undergoing a massive reimagining. There are additions like three new neighborhoods — World Celebration, World Discovery, and World Nature — and changes in the World Showcase (including Remy’s Ratatouille Adventure in the France pavilion)! Another highly anticipated new project is Journey of Water, the first-ever attraction inspired by Moana (2016).

Related: Is Disney Gearing Up to Reopen the EPCOT Monorail?

When Disney first announced Journey of Water in 2019, Disney Parks Blog shared the following details about the walk-through attraction that will allow Guests of all ages to experience “living” streams of water:

The reinvention of Epcot will include Journey of Water, Inspired by “Moana.” This first-ever experience based on the Walt Disney Animation Studios hit film, “Moana,” will let guests interact with magical, living water in a beautiful and inspiring setting.

Now, Twitter user Bioreconstruct has given an updated look at the progress that is being made at the Journey of Water construction site:

While we can’t know for sure what this new concrete structure is, it could potentially be part of the base for one of the waterfall features that can be seen in Disney’s Journey of Water concept art. It could also, of course, simply be a wall that will separate the attraction from the rest of the new World Nature area.

Although we haven’t been told many specifics about the Moana attraction, Walt Disney Imagineering’s artwork makes it look as though it will be a serene space where Guests can get away from the hustle and bustle of a traditionally busy “Park day” at Disney World.

Related: One Iconic Element of EPCOT Returns to Theme Park

No matter what the new concrete structure ultimately ends up becoming, it’s very exciting to see progress being made on this highly anticipated attraction! No official opening date for Moana Journey of Water has been announced at this time.

It is, however, likely that it will open sometime during Disney World’s 50th anniversary celebration, which will begin October 1, 2021 and end in 2023.

EPCOT isn’t the only place that is getting a Moana-themed update at Walt Disney World Resort. Disney’s Polynesian Village Resort recently received Guest room enhancements that brought Moana characters — including the heroine herself, Maui, Hei Hei, and Pusa — to life with subtle touches at the popular Disney Resort hotel.

Disney has described the new rooms as:

These reimagined spaces feature a new color palette inspired by the Pacific Ocean and its many islands, including details, patterns and textures from the hit Walt Disney Animation Studios film “Moana” – look closely and you might even spot some characters from the story!

Are you looking forward to Moana Journey of Water?

Comments Off on EPCOT’s ‘Moana’ Attraction Is Starting to Come to Life!