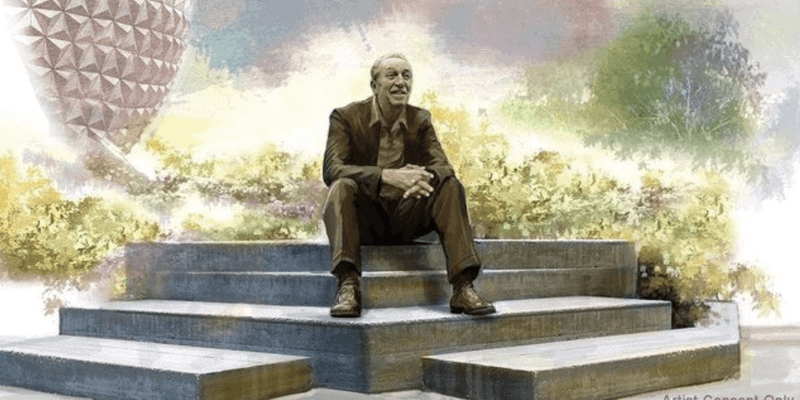 When the coronavirus pandemic hit, many of the projects Walt Disney World officials had planned for the complete reimagining of EPCOT were put on hold.

One project, however, that Disney fans had not heard much about since the COVID-19 outbreak derailed projects was the proposed Walt Disney statue set to be built in the new World Celebration neighborhood near Spaceship Earth.

Today, Imagineer Zach Riddley confirmed that the statue — featuring the world’s biggest dreamer — is still in the works. He wrote:

Today – on Walt Disney’s birthday – we are reminded of his legacy of hope. Walt showed us all the potential we have to dream of a better future and how important and special it is to bring that future to life.  As we shared at D23 Expo last year, that dreamer’s spirit inspired us to feature a new statue of Walt as part of the new World Celebration neighborhood in EPCOT, in a location we are appropriately calling Dreamer’s Point.

Walt said, “EPCOT will always be in a state of becoming…” and it’s that spirit of potential and possibility that inspires all we are bringing to life in the transformation of EPCOT.

In celebration of today, I hope you’re encouraged to dream big and inspire others as we dream of a better future we can make a reality together.

Although Riddley did not give an exact timeline for the construction of the new statue, which will be the first of Walt Disney in the EPCOT theme park — the famed Partners Statue is, of course, located at Disney World’s Magic Kingdom Park — we can hope it will be completed in time for Walt Disney World Resort’s 50th Anniversary Celebration in 2021.

At this time, details about the specifics of the Most Magical Celebration on Earth are scant, but Disney World fans are already snapping-up Disney Park Passes for October 1 of next year (the Resort’s official birthday).

If you are interested in booking a trip to Walt Disney World, contact Academy Travel to help you plan every magical detail!