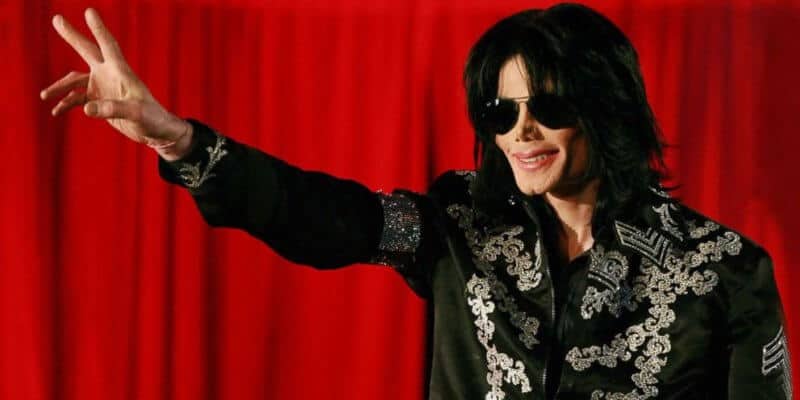 Disney Legend Alan Menken, who has composed the scores for Walt Disney Animation Studios classics like The Little Mermaid (1989), Beauty and the Beast (1991), Aladdin (1992), Pocahontas (1995), and The Hunchback of Notre Dame (1996), recently shared some unique trivia about Hunchback — Michael Jackson seemingly wanted to record music for the film.

“I get a call out of nowhere from Michael’s assistant, when Michael was at the Four Seasons Hotel in New York. He had to [deal with] allegations about inappropriate behavior with underage kids, and the breakup with Lisa Marie Presley. He’s looking to change the subject. And he obviously loves Disney so much. So I mentioned Hunchback. He said he’d love to come to my studio, watch the movie, and talk about it. So we got in touch with Disney Animation. They said, ‘Meet with him! If he likes it…well, see what he says.'”

Menken continued to tell SlashFilm that he and Grammy Award-winning Jackson looked at three songs — “Out There”, “God Help the Outcasts”, and “Someday” — all of which interested the iconic pop singer. However, Jackson’s involvement in the project was not to be, given the various personal issues that plagued him throughout his adult life.

Related: Adopt a Gargoyle to Save Quasimodo’s Home

“Michael said, ‘I would like to produce the songs and record some of them.’ Wow. Okay. What do we do now? Michael left,” Menken said. “We got in touch with Disney. It was like somebody dropped a hot poker into a fragile bowl with explosives. ‘Uh, we’ll get back to you about that.'”

Menken continued, “finally, predictably, the word came back, ‘Disney doesn’t want to do this with Michael Jackson.’ I go, ‘OK, could someone tell him this?’ You can hear a pin drop, no response, and nobody did [tell him]. It fell to my late manager, Scott Shukat, to tell Michael or Michael’s attorney. In retrospect, it was the right decision. [But] Quasimodo is a character… if you look at his relationships with his family and his father, I would think there’s a lot of identification there.”

According to the book Untouchable: The Strange Life and Tragic Death of Michael Jackson, screenwriter Tom Hedley noted that the pop star loved the original Hunchback of Notre Dame (1939), and had actually wanted to play Quasimodo years before Disney’s animated feature film was ever developed.

Thus, it is unsurprising that Jackson would have expressed interest in being involved with the Walt Disney Animation Studios movie. He famously loved all things Disney, even naming his estate Neverland Ranch after Peter Pan’s home.

Related: Carrie Fisher, Michael B. Jordan, & More Getting Stars on Walk of Fame!

The Jackson Five singer, of course, was a child star from Gary, Indiana who had a complicated relationship with his own father, Joe Jackson, both as a child in the family group and during his adult solo career that produced hit after hit.  The patriarch of the Jackson family passed away in 2018 in a hospice facility. He survived his son by 9 years.

Michael Jackson, one of the most commercially successful entertainers of all time, passed away on June 25, 2009, due to a cardiac arrest induced by a fatal cocktail of drugs given to him by his personal physician. Officially, at the time of Jackson’s death, he was suffering from acute propofol and benzodiazepine intoxication.

The singer became known for iconic songs like “Billie Jean” and “Thriller”, both from the Thriller album, over the course of his decades-long career. He is still survived by his mother Katherine Jackson and his famous siblings, including Janet Jackson, La Toya Jackson, and Jermaine Jackson. Michael Jackson’s three children, Prince Jackson, Paris Jackson, and Prince Jackson II (Bigi) are also all alive today.

As for the future of The Hunchback of Notre Dame, a live-action adaptation is reportedly in the works at Disney, though few details have been revealed.

You can watch the Disney Renaissance animated movie streaming on Disney+ anytime, however. The official description of The Hunchback of Notre Dame reads:

Inspired by Victor Hugo’s classic novel, these are the adventures of Quasimodo [Tom Hulce], the gentle and lonely hunchbacked bell ringer of Notre Dame. At the urging of his gargoyle pals Victor, Hugo, and Laverne, Quasimodo leaves the solitary safety of his tower, venturing out and finding his first true friend, the gypsy beauty Esmeralda [Demi Moore].

When Esmeralda is arrested and confined to the Cathedral, Quasi helps her escape, and she entrusts him with a secret map to the gypsies’ hideout. When the hideout is threatened, Quasi — the most unlikely of heroes — fights to save the people and the city he loves. They, in turn, learn to see people for who they are, rather than how they appear.

Would you have enjoyed hearing Michael Jackson on the Hunchback of Notre Dame soundtrack?