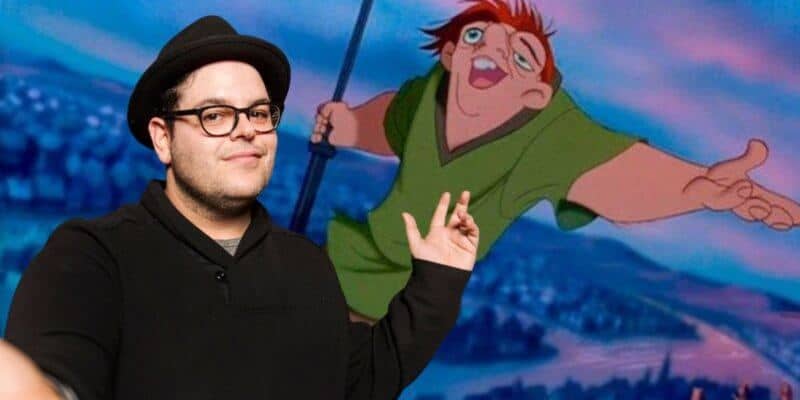 Two years ago, it was revealed that Disney would be expanding its live-action film library by adding a Hunchback of Notre Dame remake to the list.

At the time when this live-action remake was announced, all we knew was that Tony-winning playwright David Henry Hwang (“M. Butterfly”) was hired to write the script, with Alan Menken and Stephen Schwartz writing the music. In case you don’t recall, Menken and Schwartz also wrote the music for Disney’s 1996 animated film, Hunchback of Notre Dame, as well as the European stage adaptation.

Back up. Watching #WandaVision for second time. It’s remarkable. Like if someone let Ivo Van Hove access to the Marvel Universe.

Back up. Watching #WandaVision for second time. It’s remarkable. Like if someone let Ivo Van Hove access to the Marvel Universe.

In which Twitter user, @FdezzGarciiia, replied to him saying:

yass king but we need to know what’s gonna happen with the hunchback live action remake you are to direct. it’s postponed or cancelled. for the role of esmeralda i truly recommend @HibaAbouk! please have her in mind whenever the casting process starts

In which Gad replied with:

Getting. Closer. And. Closer.

Getting. Closer. And. Closer.

Though not much else was said in the Twitter exchange, this is very promising for fans who have been anxiously awaiting an update regarding the live-action Hunchback of Notre Dame.

Inside the Magic will keep you updated as we get new information.

The upcoming live-action film will be an adaption of the 1996 animated film by the same name. In case you’ve never seen the film, the official description reads:

In 15th century Paris, Clopin the puppeteer tells the story of Quasimodo, the misshapen but gentle-souled bell ringer of Notre Dame, who was nearly killed as a baby by Claude Frollo, the Minister of Justice. But Frollo was forced by the Archdeacon of Notre Dame to raise Quasimodo as his own. Now a young man, Quasimodo is hidden from the world by Frollo in the belltower of the cathedral. But during the Festival of Fools, Quasimodo, cheered on by his gargoyle friends Victor, Hugo, and Laverne, decides to take part in the festivities, where he meets the lovely gypsy girl Esmeralda and the handsome soldier Phoebus. The three of them find themselves ranged against Frollo’s cruelty and his attempts to destroy the home of the gypsies, the Court of Miracles. And Quasimodo must desperately defend both Esmeralda and the very cathedral of Notre Dame.

Hunchback of Notre Dame is currently streaming on Disney+. If you’re not yet signed up for the service, you can get started here.

Are you excited to see the live-action Hunchback of Notre Dame? Let us know in the comments below.