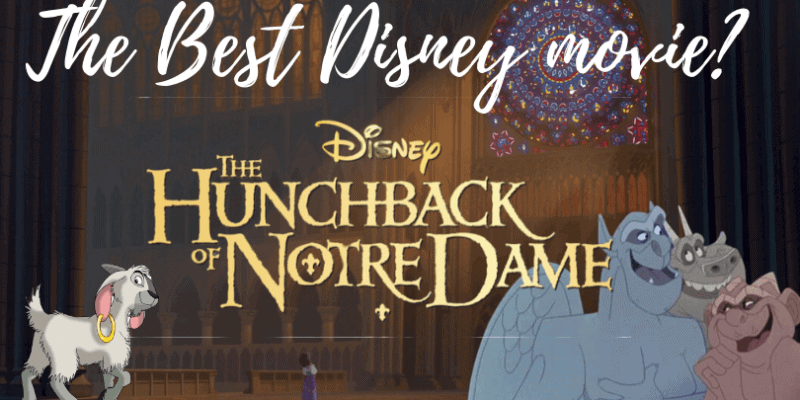 For me though, there is only one Disney animated film that ranks as the best, or rather, my favorite; 1996’s The Hunchback of Notre Dame.

– It has the best Disney villain ever put to animated film in Judge Claude Frollo. Frollo is perhaps the most evil Disney villain we’ve ever seen and he’s actually less sympathetic than the Frollo in Victor Hugo’s novel!

– It features a powerful message about prejudice and the often problematic nature of justice, told beautifully through the song ‘Someday’.

– It is visually sensational. Every screenshot of this Disney animated film is like a beautiful renaissance era painting. The climax of the movie in particular pushed animation teams of the time to the absolute limit.

– Alan Menken and Stephen Schwartz are putting the WORK in with Disney‘s Hunchback soundtrack. Seriously, Out There? Hellfire? The Bells of Notre Dame? Some of Disney‘s absolute best songs. There’s a reason this score was nominated for an Academy Award.

– Its female protagonist is a strong character who fights for herself and stands up to Judge Frollo without fear. She’s not a Disney princess but Esmerelda is an inspirational character nonetheless.

– It’s based on a grim Victor Hugo Novel, as opposed to much of the Disney canon which are based on children’s fairy tales. Bottom line is, Hunchback gets away with being pretty darn dark!

– Though problematic in places, it features a physically disabled person as its protagonist; which is pretty groundbreaking for 90s Disney. At the time, the mouse was far more focused on traditional Disney Princess films so, this added layer of diversity helps Hunchback to stand out.

Whenever I talk to a Disney fan, their opinion of The Hunchback of Notre Dame ranges from apathetic to actively hostile, and that makes me sad.

It often gets lumped in with other underrated classics like Treasure Planet while being overshadowed by more popular Disney renaissance era movies like Tarzan. I guess a lot of Disney fans didn’t resonate with the whiplash-inducing tone and poor comic relief characters, but if you focus on what’s good, it’s some of the best Disney animation ever put to film.

The Disney animators were firing off all cylinders when they made this powerful Notre Dame movie adaptation though it perhaps didn’t get as much recognition for its amazing animation in part due to another Disney film taking the edge off of 2D animation only one year earlier. Thanks for that Toy Story.

It’s not a well-known fairy tale like The Little Mermaid or Sleeping Beauty, but Disney‘s adaptation of Notre Dame de Paris is an often breathtaking animated feature and for me, a true Disney classic.

When it inevitably gets a live-action remake with Josh Gad or whoever else, I just hope Disney fans remember how excellent the original animated classic really was.

Which Disney animated movie is your favorite? Are you more a Mulan, Aladdin, or Jungle Book person? Let us know in the comments below.

Comments Off on OpEd: ‘Hunchback’ is the Best Animated Disney movie