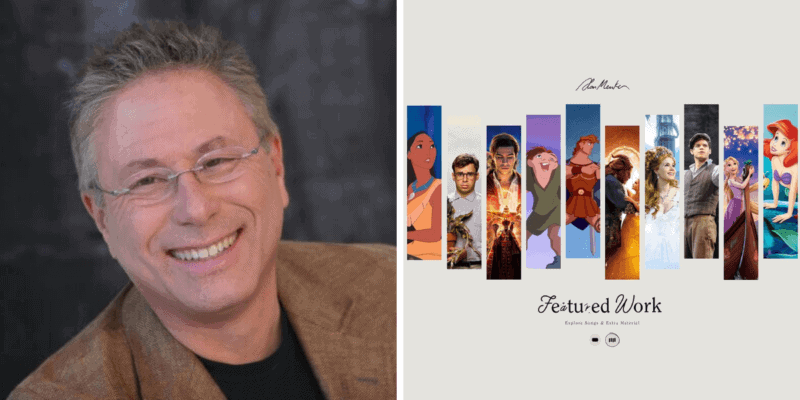 Disney movies are nothing without Disney music and one man who helped create almost all of the music that defined the Disney Renaissance and the Disney Revival Era is Disney Legend Alan Menken. Menken has just released his new website, and it is a magical cornucopia of recent Disney and musical history.

My new website, alanmenken.com, just launched, and I'm really happy to be able to share it with you. I'm also excited that it's been nominated for a Webby award! Voting is open until next Thursday, May 7. If you'd like to vote, please see my Story!

The site’s experience begins with a chilling musical and visual medley of Menken’s work in musical theater, animation, live-action films, and more. After you take the few minutes to enjoy that, you can then dive into his work with an entire subsection devoted to each project.

Menken shares his thought on each project as well as pictures and clips of songs and the work behind the songs. He also has an FAQ page and an awards page that lists every Academy award, Grammy award, Golden Globe, and Tony award he’s won.

After making a name for himself in the stage musical, Little Shop of Horrors, Menken, along with fellow Legend and lyric writer Howard Ashman, made his Disney debut by creating the soundtrack for The Little Mermaid, and he followed that with Beauty and the Beast, Aladdin, Pocahontas, The Hunchback of Notre Dame, and so many others.

He’s has been the composer for 10 Disney musical films and he also gave Princess Vanellope Von Schweetz her song, “There’s a Place Called Slaughter Race” in Wreck-It Ralph 2: Ralph Breaks the Internet.

Menken has also made a name for himself in writing music for live-action movies. Beyond assisting in the remakes of animated classics that already had his music, he was brought on board for movies like Newsies and Enchanted.

Outside of his iconic Disney identity, Alan Menken has lent his hand to other film projects as well, providing standalone songs for movies like Rocky V, Captain America: The First Avenger, Home Alone 2, and even Seth Rogan’s raunchy animated comedy, Sausage Party. You can learn about all of these songs and their back story on his site as well.

But where Alan Menken began his career and the medium around which he has always centered his composing, is musical theatre. Beginning with an adaptation of Kurt Vonnegut’s book, God Bless You, Mr. Rosewater, Alan Menken began his career with songwriter Howard Ashman, Little Shop of Horrors would follow and then he would help lead Disney into the Broadway world with Beauty and the Beast. Menken was the man behind the music for musicals like Sister Act, Leap of Faith, and A Bronx Tale: The Musical, to name a few.

And the Disney Legend isn’t done yet. He’s currently working on music for Disenchanted, the Beauty and the Beast prequel series for Disney+, and a Broadway adaptation of Hercules.