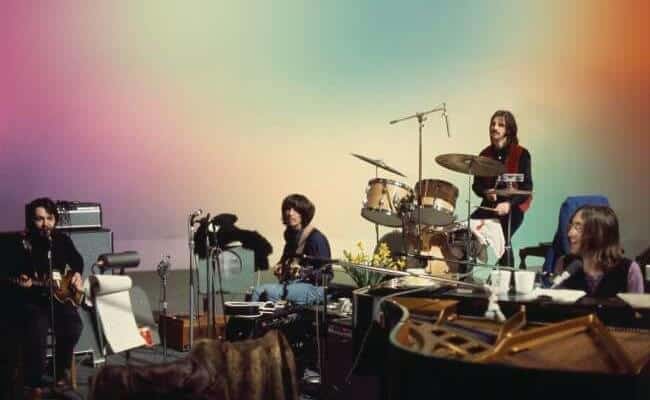 Disney+ has been creating some incredible original content lately, from Marvel’s newest series Loki to Monsters At Work which will premiere in July. Disney+ has also featured some amazing documentaries, most notably The Imagineering Story, which gave viewers an in-depth look at just how Disney created some of its most memorable theme park experiences.

Now Disney fans who also love the Beatles will have something to get excited about! A new Beatles documentary will be making its way to Disney+ this November. The Beatles: Get Back will feature original video footage and audio from the late 1960s recording sessions with John Lennon, Paul McCartney, George Harrison, and Ringo Starr.

The Beatles: Get Back will show an intimate look at the creative process of the Fab Four as they prepare for their first live show in two years. In a press release, Disney described just what viewers can expect from the new series.

Directed by three-time Oscar®-winning filmmaker Peter Jackson (“The Lord of the Rings” trilogy, “They Shall Not Grow Old”), “The Beatles: Get Back”takes audiences back in time to the band’s intimate recording sessions during a pivotal moment in music history. The documentary showcases the warmth, camaraderie and creative genius that defined the legacy of the iconic foursome, compiled from over 60 hours of unseen footage shot in January 1969 (by Michael Lindsay-Hogg) and more than 150 hours of unheard audio, all of which has been brilliantly restored.Jackson is the only person in 50 years to have been given access to these private film archives.“The Beatles: Get Back” is the story of John Lennon, Paul McCartney, George Harrison and Ringo Starr as they plan their first live show in over two years, capturing the writing and rehearsing of 14 new songs, originally intended for release on an accompanying live album. The documentary features – for the first time in its entirety – The Beatles’ last live performance as a group, the unforgettable rooftop concert on London’s Savile Row, as well as other songs and classic compositions featured on the band’s final two albums, Abbey Road and Let It Be.

In December 2020, The Beatles’ official YouTube Channel released a special sneak-peek of the new Peter Jackson-directed documentary. You can watch the sneak-peek below.

The Beatles: Get Back will be shown in 3 2-hour segments, with the first episode airing on November 25, 2021. The two subsequent episodes will air on November 26 and 27.

Disney also announced that the new documentary is being made with the “enthusiastic support” of Paul McCartney, Ringo Starr, Yoko Ono Lennon, and Olivia Harrison — the widow of George Harrison.

Will you be watching The Beatles: Get Back when it premieres on Disney+ in November? Let us know in the comments!