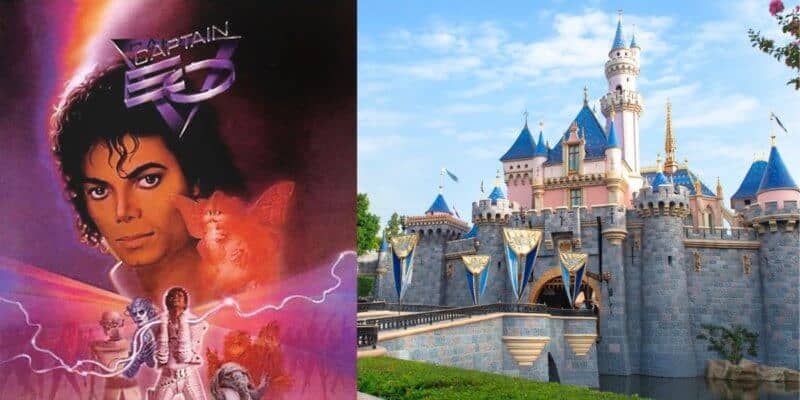 Michael Jackson was — and still is — one of my personal favorite artists of all time. Although he has passed on, many of his memories remain. One of which I am so happy to share.

Recently, I discovered a vintage Disney video that was released in 1980, with Michael Jackson himself celebrating with classic Disney characters in our beloved park in California — Disneyland. Come with me as we celebrate the reopening of Disneyland Park with one of Disney’s biggest fans!

The King of Pop and Disneyland

Michael Jackson, or better known as the King of Pop, was admired for his one-of-a-kind voice and music that touched the hearts of millions of fans around the world. But did you know that he was a huge Disney nerd?

Recently, I came across a beautiful quote from Michael as he shares his love for Walt Disney. The report read:

“I have such admiration for Mr. Walt Disney and what he accomplished with the help of so many talented artists. When I think about the joy he and his company have brought to millions of children – and adults-the world over, I am in awe.”

I also happened to fall upon a video on Reddit that I have never seen before. Be immersed in the magic as Michael Jackson sings classic songs inside the Disneyland Park that aired on March 6, 1980. As Disneyland Park prepares for its grand reopening, I dare you not to get excited and emotional while hearing Michael sing “When You Wish Upon a Star”.

Please enjoy Disney characters such as Mickey, Minnie, Donald, Goofy, Pinocchio, and the Seven Dwarfs dance and prance around Sleeping Beauty Castle and take a ride around vintage Disneyland railroad tracks with Michael.

For those who are not aware, Michael Jackson was also showcased in Disneyland and Walt Disney World in a 4D science fiction film experience called Captain EO. This interactive show was written by none other than Star Wars creator George Lucas! Disney Guests visited this popular attraction in the mid-80s inside Disneyland’s Tomorrowland and Walt Disney World’s EPCOT and featured many cool effects such as lasers, smoke, and asteroids! Per Wikipedia:

The film tells the story of Captain EO and the ragtag crew of his spaceship on a mission to deliver a gift to “The Supreme Leader”, who lives on a world of rotting, twisted metal and steaming vents. Captain EO’s alien crew consists of his small flying sidekick Fuzzball, the double-headed navigator and pilot Geek (Idy and Ody), robotic security officer Major Domo, a small robot, Minor Domo (who fits like a module into Major Domo), and the clumsy elephant-like shipmate Hooter, who always manages to upset the crew’s missions.

This popular attraction ran from 1986 to 1998 and was brought back to the Disney Parks in memory of Michael Jackson’s passing in 2010. EPCOT was the last to show this million-dollar film to Disney Guests and celebrate Captain EO and Micheal’s legacy on December 6, 2015.

Personally, I understand this attraction is very outdated, but there is a very nostalgic feel that many Disney Guests who were able to experience this attraction in both Disney Parks were reminded of. As we all prepare for the reopening of Disneyland Park and Disney California Adventure, I thought this could be the perfect way to celebrate.

Do you remember seeing this rare footage of Michael Jackson and Disneyland? Have you experienced Captain EO? Let us know in the comments below.

Do you need help planning your next Disneyland or Walt Disney World adventure? Our friends at Academy Travel can help!