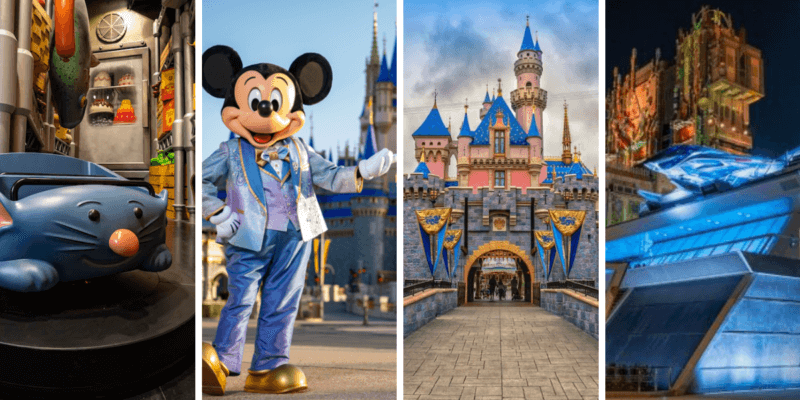 We’re almost halfway through 2021, and travel (especially to the Disney Parks) is picking up! Two major tourist destinations — Disneyland Resort and Walt Disney World Resort — are welcoming back more and more Guests, and this summer onward are sure to be highly popular times to visit the Happiest Place on Earth. There are some very important dates you need to know if you are booking a trip for sometime this year but don’t worry — when it comes to Disney vacation tips, we’ve got you covered.

Keep in mind that this article has the latest information all about important Disney dates. As more upcoming events or openings for each Disney Park are announced, we will continue to update our website.

Here are all of the important dates to know before your upcoming Disney vacation to Disneyland Resort (including Disneyland, Disney California Adventure, Downtown Disney District, and more) or Walt Disney World Resort (including Magic Kingdom, EPCOT, Disney’s Animal Kingdom, Disney’s Hollywood Studios, Disney Springs, and more). Note that a valid ticket and Disney Park Pass reservation are required to enter any Walt Disney World theme park, and a valid ticket and theme park reservation are required to enter any Disneyland Resort theme park.

Disneyland and Disney California Adventure officially reopened to California residents on April 30. But so far, in 2021, Disney has continued to announce important dates to keep in mind for the Disneyland Resort. At this time, we don’t know many details about the fall and holiday seasons this year, but a Disneyland Resort vacation (whether for one day or multiple days) is often booked only a couple of months in advance.

Here are the most recent details about important dates for the Disneyland Resort in 2021. For more trip planning tips, read our crowd calendar.

Avengers Campus officially opens to the public on June 4. With the land opening, we will also get a brand-new attraction — WEB SLINGERS: A Spider-Man Adventure — and several new dining options. This is a highly anticipated new land and will mark the opening of the very first fully Marvel-themed land at a Disney theme park. Read our full guide to Avengers Campus here.

Disneyland and Disney California Adventure officially welcome back out-of-state Guests on June 15. Although Disneyland Resort is largely considered a “locals park,” it is still an icon of Disney Parks history and a landmark of the west coast. Opening to out-of-state Guests will provide all Disney fans with the opportunity to visit again and also signals Disneyland’s move “back to normal.”

June 15 also marks the reopening of another hotel on Disneyland Resort property — Disney’s Paradise Pier Hotel. This hotel will join Disney’s Grand Californian Hotel & Spa (which reopened on April 29) and provide travelers with a second Disney-owned hotel. For now, no dining options will be opening at the hotel.

The Disneyland Hotel — the final hotel on Disneyland property — reopens on July 2. The flagship hotel of the Disneyland Resort was closed for well over a year and its reopening has been anticipated for some time now. Finally, Guests can book a stay at this treasured hotel on Disney property…but it will cost quite a bit!

Trader Sam’s Enchanted Tiki Bar at the Disneyland Hotel (as well as The Coffee House and Tangaroa Terrace) also reopens on July 2. This is a highly popular bar and dining location has been closed for as long as the hotel has, so Guests who are fans of the immersive experience, over-the-top drinks, and, of course, the Jungle Cruise will be able to eat and drink here once again.

After being closed for refurbishment and reimagining, the Jungle Cruise attraction at Disneyland Park will reopen on July 16. Find all the details here.

This is a big year for Walt Disney World Resort. As we move closer to summer, more and more offerings are coming to the Most Magical Place on Earth. From returning events to grand openings, here are the important Disney World dates to know so far. As soon as more opening dates are revealed and information about the holiday season is announced, we will update this article.

Here is the most recent information about Disney World dates to remember. For our guide to planning a trip, read our crowd calendar.

The EPCOT International Food & Wine Festival is coming back this year. It will begin on July 15 and offer EPCOT Guests several months of food and fun. So, whether you want to visit Disney World in the middle of summer or you’d rather wait until early fall, there will be plenty of time to experience this annual Guest-favorite festival at the theme park.

Disney After Hours: BOO BASH begins on August 10. For 2021, this is the spooky season special event that will actually be taking the place of Mickey’s Not-So-Scary Halloween Party at Magic Kingdom. Many of the same elements will be present (like the ability for Guests of all ages to dress up and feast on all-you-can-eat Halloween candy). But keep in mind that this is a different event than Mickey’s Not-So-Scary. Get the creepy details here.

October 1 is probably the biggest day for Walt Disney World this year. Here’s why!

First, the 50th anniversary celebrations for Walt Disney World Resort officially begin on October 1, the actual 50th anniversary of Disney World. There will be a ton of magic to look forward to, from each theme park icon undergoing a shimmering transformation to new character costumes and plenty of other pixie dust and surprises. So far, we know that the World’s Most Magical Celebration will last for 18 months, but if you want to book a trip to be there on October 1, you better reserve your park days quickly!

Remy’s Ratatouille Adventure (and the expanded France pavilion at EPCOT) also officially opens to the public on October 1, 2021. This attraction will offer fun for the whole family and transport Guests into the world of Pixar Ratatouille film. So, if you want to book a trip to Disney World and experience something new, be sure to visit on October 1 or later.

So, what do you think? Based on these dates, when do you plan to visit Disneyland or Disney World? Let us know in the comments and click here to book a trip!