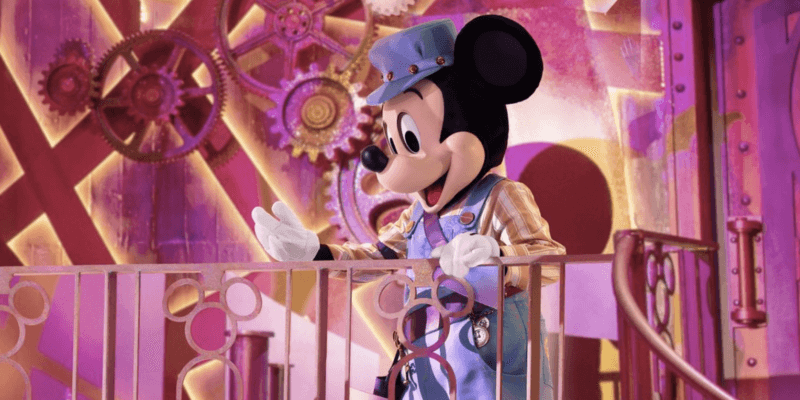 Related: D’Amaro “Incredibly Optimistic” of Future as ALL Disney Parks Are Open Again

Now, for the first time in a year-and-a-half, all of Disney’s theme parks are once again open! Each Park’s phased reopening process looks a little bit different, but live entertainment is slowly but surely beginning to return around the world.

At Disney’s flagship property, Walt Disney World Resort, for example, the Festival of the Lion King is back at Disney’s Animal Kingdom Park and many signs point to the reopening of the popular Hoop-Dee-Doo Musical Revue dinner show at Fort Wilderness campground, though nothing has been confirmed.

Per the official announcement:

Disney Junior Dream Factory, a new live entertainment show, is the first show that Disneyland Paris will offer after its reopening. Ideal for families with young children, the show will take place in the brand new “Studio D” at Walt Disney Studios Park and will officially open on 1 July. This immersive 20-minute show will feature some of Disney Junior’s most popular Characters such as Mickey, Minnie and Timon and rising stars Vampirina and Fancy Nancy Clancy. They invite both young and older Guests to make dreams come true together by learning and singing fun and catchy songs.

Disney also shared some new images of the upcoming Disney Junior-themed stage performance, including one [above] of Cast Members onstage with Mickey Mouse, Minnie Mouse, Timon, Vampirina, and Fancy Nancy. The full set has a steampunk vibe, with gears and an industrial feel — after all, the newest Disney Parks stage show does take place in a factory!

It’s down to you and some very special Disney Characters to work together and unleash the magic of song and dance to get the machines going again!

Are you looking forward to seeing this new Disney theme park live performance?

The expert team at Academy Travel can help you plan a magical vacation to any Disney destination. Whether you want to watch the Frozen Sing-Along Celebration at Disney World’s Disney’s Hollywood Studios Park or experience the Guardians of the Galaxy: Awesome Dance Off! at Disneyland Resort’s Avengers Campus land at Disney California Adventure Park, they will get you where you want to be.