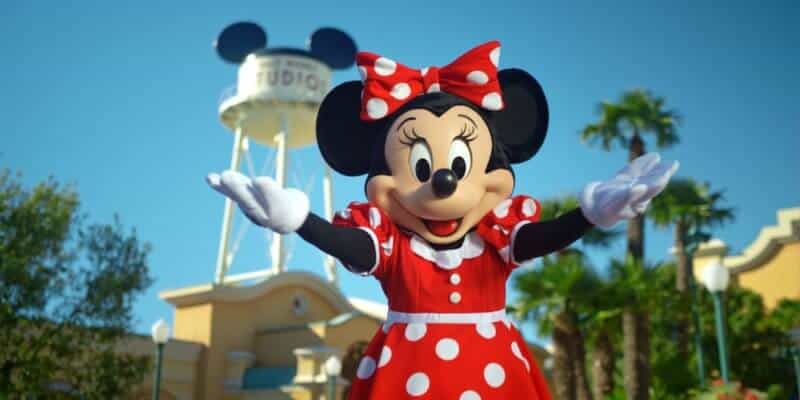 Disneyland Paris — home to Disneyland Park and Walt Disney Studios Park — originally reopened on July 15, 2020 following its first closure due to the pandemic. Then, theme park officials made the decision to close for a second time in October due to French government regulations, with an original anticipated reopening date of February 13, 2021.

However, in January, they decided to push that anticipated reopening date back, again due to French restrictions.

Once Guests are able to return to the magic, they will be able to experience fan-favorites including Star Wars: Hyperspace Mountain, The Twilight Zone Tower of Terror, Peter Pan’s Flight and even Ratatouille: The Adventure!

From high-octane thrills like Star Wars: Hyperspace Mountain and The Twilight Zone Tower of Terror to family-friendly favorites like Peter Pan’s Flight and Ratatouille: The Adventure, guests will once again be able to experience their favorite attractions at both parks. Thanks to the work of Magic Keepers during the temporary closure, verdant spaces and well-manicured landscapes will provide a leisurely reprieve between adventures.

It has also been confirmed that Guests will be able to meet with Disney characters via the Selfie Spots around the theme parks! But that’s not all because a new galactic experience and The Cheshire Cat Express Train featuring friends from Alice in Wonderland will be added to both parks!

And for those Pixar and Marvel fans, get ready for two new experiences — Cars ROAD TRIP and Disney’s Hotel New York – The Art of Marvel.

Reconnect with familiar friends with Selfie Spots and surprise appearances from favorite characters from Disney, Pixar, Marvel and Star Wars. New options like Star Wars Legends, a new galactic experience and The Cheshire Cat Express Train featuring friends from Alice in Wonderland will be added to both parks, while guest-favorite experiences like Mickey, Minnie & the Gang, Heroic Experiences with Marvel Super Heroes and Kingdom of Arendelle Enchanted Moments will return.

Rev up and suit up for two new experiences: Cars ROAD TRIP and Disney’s Hotel New York – The Art of Marvel.

At Walt Disney Studios Park, guests can step into the storied world of Disney and Pixar’s Cars on the all-new Cars ROAD TRIP. Guests take the wheel on a Cars-themed road trip along Route 66, discovering local natural wonders like the World’s Largest Lugnut and the Cars-tastrophe Canyon; with popular Characters such as Lightning McQueen and Mater coming along for the ride.

And for all you Marvel fans out there — Disney has officially set an opening date for Disney’s Hotel New York — The Art of Marvel!

Starting June 21, guests can stay in the heroically-appointed Disney’s Hotel New York – The Art of Marvel. This four-star hotel – styled as a New York art gallery – will pay tribute to the birthplace of so many Marvel Super Heroes and their artists, while offering premium comfort and personalized services. Epic stays at Disney’s Hotel New York – The Art of Marvel are bookable starting May 18. To make the stay even more super, guests booking before July 29, 2021 with an arrival date before March 30, 2022 will receive a take-home exclusive MARVEL print by artist Matt Ferguson and complimentary mocktail of their choice in one of the hotel’s bars.

Those looking for a post-play stay can book at the following Disneyland Paris hotels which will open their doors progressively: Disney’s Newport Bay Club on June 17, Disney’s Hotel New York – The Art of Marvel on June 21, Disney’s Hotel Cheyenne on July 1 and Disney’s Davy Crockett Ranch on July 13 – subject to the continued evolution of the situation.

With the health and well-being of guests and cast members remaining a top priority, health and safety measures will be implemented throughout the resort in queues, attractions, shops, hotels, restaurants and other facilities, and will be reinforced in ride vehicles. This includes limited attendance and required advanced ticketing and reservations to support physical distancing, per government guidance. Before booking a reservation, guests are encouraged to visit disneylandparis.com for more information.

Guests are excited to get back into the magic of Disneyland Paris, with new and returning experiences — But keep in mind that Guests must abide by the new safety protocols. Before visiting the theme parks, be sure to visit the Disneyland Paris website and familiarize yourself with the health and safety rules.

Are you excited to see Disneyland Paris reopening? Will you be visiting? Let us know in the comments below.

Want to visit Disneyland Paris on your next vacation? Start planning today!