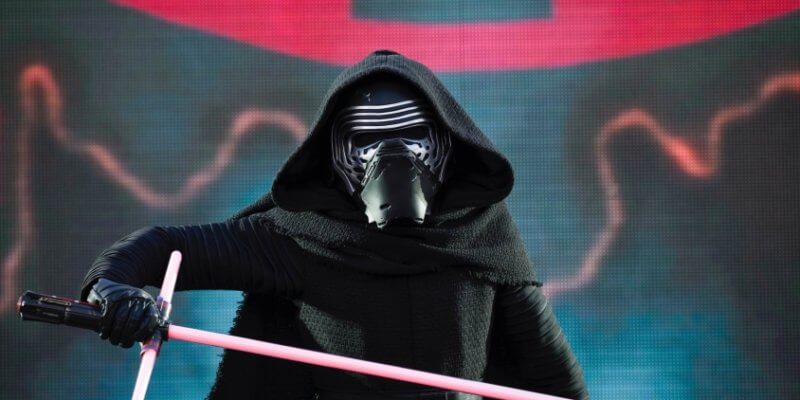 Today, May 17, 2021, Disneyland Paris in Marne-la-Vallée, France announced that its two theme parks — Disneyland Park and Walt Disney Studios Park — will reopen on June 17, 2021, following a lengthy closure due to COVID-19.

Along with the reopening announcement, Disney Parks Blog confirmed several other exciting bits of information for Disney fans. Star Wars fans, in particular, will be thrilled to learn that a brand new intergalactic experience is coming to Europe’s only Disney Resort.

Reconnect with familiar friends with Selfie Spots and surprise appearances from favorite characters from Disney, Pixar, Marvel and Star Wars. New options like Star Wars Legends, a new galactic experience and The Cheshire Cat Express Train featuring friends from Alice in Wonderland will be added to both parks, while guest-favorite experiences like Mickey, Minnie & the Gang, Heroic Experiences with Marvel Super Heroes and Kingdom of Arendelle Enchanted Moments will return.

Although Disney Parks Blog didn’t specifically confirm that the new Star Wars Legends experience will be a selfie spot, it seems likely, since it was listed with numerous other selfie spots. There is, however, likely to be more to the experience than just taking photos.

At Arendelle Enchanted Moments, for example, Guests are treated to “a special look at the Disney+ Original short Once Upon a Snowman” before they can take a selfie with Anna, Elsa, or Sven the reindeer!

Furthermore, before the property’s first COVID-19 closure in early 2020, Guests got to enjoy Star Wars Legends of the Force. The event was described as:

Guests became immersed in the world of Star Wars at Disneyland Paris from 11th January – 15th March 2020. They could journey to a galaxy far, far away during Legends of the Force: an unforgettable, interstellar adventure featuring stunning shows, Chewbecca, Darth Vader, Kylo Ren and more.

At this time, it is unknown what characters will appear as part of the new Star Wars Legends Guest experience. Although it is called “Legends”, it is likely that only canon characters — not Star Wars Expanded Universe — characters will be featured.

Though it certainly would be fun for Grand Admiral Thrawn to make his Disney Parks debut ahead of his likely live-action role in The Mandalorian Season 3 and its spinoff series — only time will tell what Disney officials decide to do with this exciting new Star Wars experience!

Although Disneyland Paris is not set to receive the same large-scale, 14-acre Star Wars land expansion that both Walt Disney World Resort and Disneyland Resort received with Star Wars: Galaxy’s Edge, the theme park will be getting a smaller Star Wars land of its own.

The Disneyland Paris Treasures YouTube account shared a video featuring concept art of the new Star Wars area. You can view the video, which also showcases upcoming Frozen and Marvel expansions, below:

Stay tuned to Inside the Magic as we continue to bring you details about Star Wars Legends and other new character experiences at Disney properties around the globe.

Would you like the new Star Wars Legends experience to expand to other Disney theme parks?