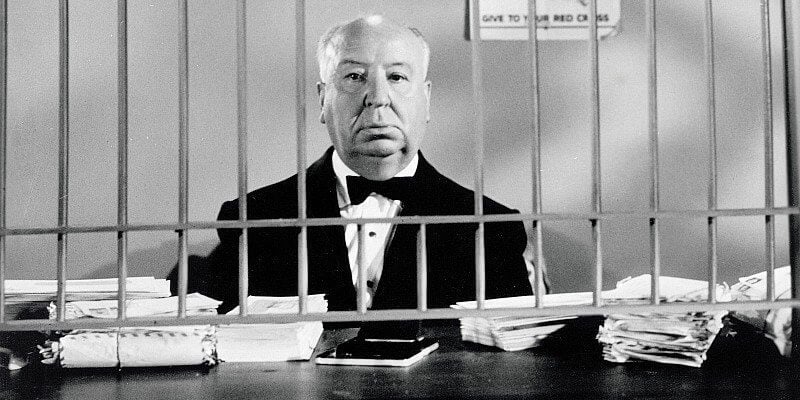 When Walt Disney developed Disneyland Resort in Anaheim, California, he took his commitment to create a family-friendly theme park where parents and children could have fun together very seriously.

Per our previous coverage of the film, which would have been titled The Blind Man:

…Hitchcock was determined on filming in Disneyland. In 1960, Alfred Hitchcock teamed up with screenwriter Ernest Lehman. The two previously worked together on North By Northwest (1959) [starring Hollywood legend Cary Grant], which had been a huge success with both critics and fans. At this point, any film studio was ready to green-light Hitchcock’s next movie, so he and Lehman were excited to write another original script.

The plot of the film would have revolved around a blind jazz pianist name Jimmy Shearing, who was once again able to see following an eye transplant. The only problem? The person who donated his eyes was a murder victim — and Shearing could see the murderer through his new eyes. Creepy, right?

Hitchcock wanted the film to take place primarily at Disneyland Resort, during its heyday in the early 1960s. In Frontierland, the musician and his family would have seen Disney Parks Cast Members recreating a Wild West showdown that caused Shearing to flashback to the murder, which turned out to be a shooting.

Related: Dr. Facilier Should Be Disney’s Next Live-Action Villain Backstory

Shearing then comes to the abrupt realization that he actually met the killer at Disneyland that day! Hitchcock planned for the climax of the mid-century thriller to take place in Fantasyland, presumably near Sleeping Beauty Castle. The movie would have taken some inspiration from Stranger on a Train (1951) and Hitchcock was eyeing Jimmy Stewart for the starring role.

However, the entire project was not to be.

Walt Disney himself axed the idea, banning the The Birds (1963) director from doing any filming at Disneyland Resort. Mr. Disney felt that Hitchcock’s particular brand of horror was not in keeping with The Walt Disney Company’s family-friendly aesthetic.

Ironically, just one year later, Disney animators drew inspiration from an Alfred Hitchcock character when they were developing the original 101 Dalmatians (1961) movie.

The Walt Disney Animation Studios version of Cruella de Vil was based on Tallulah Bankhead’s character, Constance ‘Connie’ Porter, in Hitchcock’s Lifeboat (1944), a film based on a John Steinbeck novella.

In this tense Alfred Hitchcock thriller, based on a John Steinbeck novella, American and British civilians who have survived the sinking of their ship by a German submarine struggle to reach land in a crowded lifeboat. When a German officer (Walter Slezak) is rescued from the water, the group allows him to board, but his presence only increases the tensions on the boat. Soon treachery ensues, and the population of the vessel gradually decreases as conflicts come to a head.

Related: Why Cruella Doesn’t Smoke in the New Disney Film

Now, Disney has paid homage to the original inspiration for Cruella in the new film, Cruella (2021). The adaptation stars Emma Stone as Estella/Cruella and provides Disney fans with a glimpse at the villain’s backstory, including her complicated childhood.

Also, her hair is natural.

The movie that is playing on the television in the hotel room that Estella is supposed to be robbing is the Alfred Hitchcock movie Lifeboat (1944) and the actress on screen laughing is Tallulah Bankhead. The reason she is shown is because her manic character in that movie was the inspiration for the original Cruella in One Hundred and One Dalmations (1961).

Cruella, which was released simultaneously to theaters and on Disney+ Premier Access for $29.99, has been a box office success so far and fans are already clamoring for more of the prequel film’s characters.

Both a second movie and a Horace (Paul Walter Hauser) and Jasper (Joel Fry) spinoff are being called for online. Although nothing has been confirmed, the final scenes of the movie, in which Roger (Kayvan Novak) and Anita (Kirby Howell-Baptiste) receive Pongo and Perdita certainly set things up for a sequel…

Did you know about the contentious connection between Hitchcock and Disney?

Comments Off on After Walt Disney Banned Alfred Hitchcock, He’s Finally In a Disney Movie