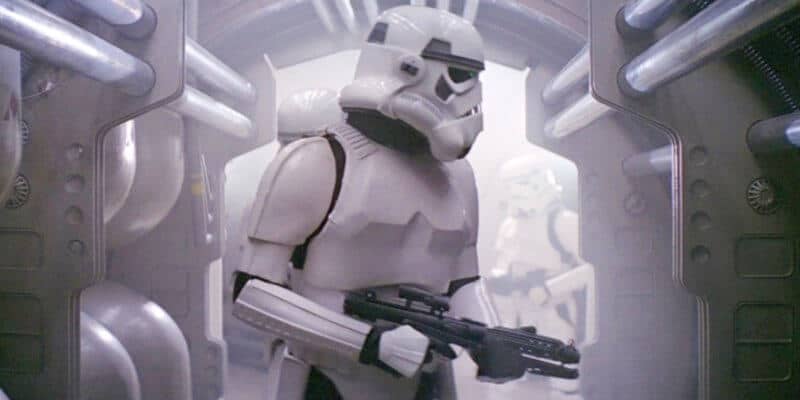 John Williams’s iconic Star Wars soundtrack is one of the most famous movie scores of all time. The Star Wars franchise has arguably been defined by music like the Imperial March and the Star Wars main theme that plays during the opening crawl of every film in the Skywalker Saga.

But, have you ever given much thought to the other sounds that you hear every time you watch a movie set in a galaxy far, far away? Without the everyday din of the Mos Eisley cantina — where Han Solo (Harrison Ford) absolutely shot first, for the record — in Episode IV – A New Hope (1977) or the chirping of insects on the Forest Moon of Endor in Episode IX – Return of the Jedi (1983), Star Wars would be a very, very different universe.

Original trilogy sound engineer, the iconic Ben Burtt, used all sorts of surprising noises to create bring the sounds of the Star Wars original trilogy to life, like the blaster fire that moviegoers have associated with the Star Wars universe for decades. He even included John Wayne’s voice in a Star Wars movie!

But, perhaps one of the most familiar noises in the Star Wars galaxy is the sound of a blaster going off — after all, we are in an intergalactic warzone for most of the Skywalker Saga.

Burtt apparently created this famous movie sound, that has defined everyone from stormtroopers to bounty hunter Boba Fett, while on a family backpacking trip:

He struck a wire from an AM radio transmitter tower with his hammer. He stuck his mic close to the noise and recorded it for use in the movie. From there, one of Star Wars‘ most recognizable sounds was made. The legendary blaster noise has been a part of every piece of Star Wars media created and will likely continue to be as long as the franchise lasts.

This story is certainly not what one would expect, and is actually somewhat hilarious to envision — who knew the familiar ‘pew pew pew’ sound all Star Wars fan know came from a camping excursion. Burtt clearly took inspiration from anywhere he could find it in the early days of the Star Wars franchise.

In fact, when the original Star Wars movie was in production, Star Wars creator George Lucas and producer Gary Kurtz actually had to create their own special effects department — the now-iconic Industrial Light & Magic — because 20th Century Fox had recently axed their own effects division.

Today, of course, between modern technology like The Volume soundstage — used for the adventures of Din Djarin (Pedro Pascal) and Grogu (AKA “Baby Yoda”) in Jon Favreau and Dave Filoni’s The Mandalorian — and the backing of The Walt Disney Company, Lucasfilm has every advantage when it comes to special effects.

Nonetheless, it is fun to discover the backstories behind some of the most famous sounds in Star Wars, that were often created in the most unconventional ways — and remain crucial parts of the story’s background noise today.

The video below shares more details about how Ben Burtt has been bringing the Star Wars galaxy to life with sound for over 40 years: