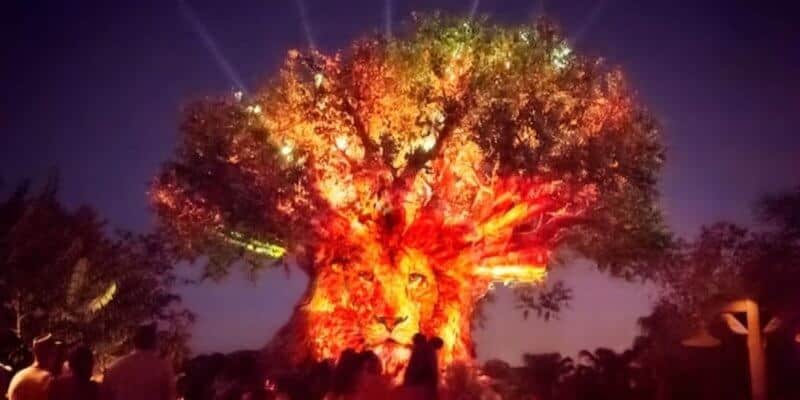 It’s been so wonderful to see Walt Disney World resemble its normal self again in these last couple of months. After this pandemic that has lasted over a year, our beloved Disney Parks are preparing Guests to experience shows like The Festival of the Lion King in Disney’s Animal Kingdom once again! And even though Mickey’s Not-So-Scary Halloween Party will not return this year, Disney has announced a new event that Guests can get excited about coming this August called Disney After Hours BOO BASH.

Walt Disney World is ending the mandatory temperature screening for Cast Members and Guests, and the Florida Disney Resort now allows Guests to remove their masks to take photos! Furthermore, many Disney Characters are returning to modified dining options including Chef Mickey’s inside Disney’s Contemporary Resort.

I just don’t like magic kingdom much lol. I go there in the morning once per trip and that’s it. The animal kingdom after hours events were elite though.

Yes I wish they brought that back! With BOO BASH announced, they should bring back more events like AK after hours! Plus I would love to see Halloween celebrated in all four parks!

Frankly I don’t understand why any of the after hours events (ie not special events just the normal after hours) couldn’t come back already. Hard ticketed events whereby only certain amounts of people are allowed in.

Is this not as COVID secure as they come

I hope after Hours Events can return by the end of June – I’m going the last week and I really, REALLY would’ve loved to get into Magic Kingdom at night to see the park basically empty

For those who have never experienced the Disney Animal Kingdom After Hours event in Walt Disney World Resort, this allowed Guests to buy a special event ticket and spend three extra hours in the park after everyone else has left. Capacity was limited, and back when the events were available, Guests enjoyed complimentary ice cream, popcorn, and select drinks and were able to enjoy rides at night with fewer wait times!

Guests were able to explore the beauty of Pandora at night along with riding Flight of Passage over and over again. Many other rides that were available for this event included Na’vi River Journey, Expedition Everest, Dinosaur, It’s Tough to be a Bug and Triceratops Spin attraction.

The absolute highlight was watching the Tree of Life Awakenings show along with the Rivers of Light Show, Pandora Drummers show and Mickey and Minnie meet and greets at the Adventurers Outpost in Discovery Island. We have a full review of Disney’s Animal Kingdom After Hours, which you can read here.

When will it return?

After reviewing the Walt Disney World website, there has been no word on if or when Disney After Hours will return to Disney’s Animal Kingdom theme park, and available dates and tickets are currently not on sale. We speculate that with the return of many Disney events coming back to Walt Disney World that we should keep a close eye on after-hours announcements soon. As the spread of COVID-19 is slowing, and because these events are already at a smaller capacity, we can only hope that our beloved evening events in Walt Disney World return soon!

What Disney After Hours event do you hope to see return? Let us know in the comments below!

Do you need help planning a Disney vacation? Our friends are EarMarked Diamond! Check Academy Travel for more information and book a trip today!