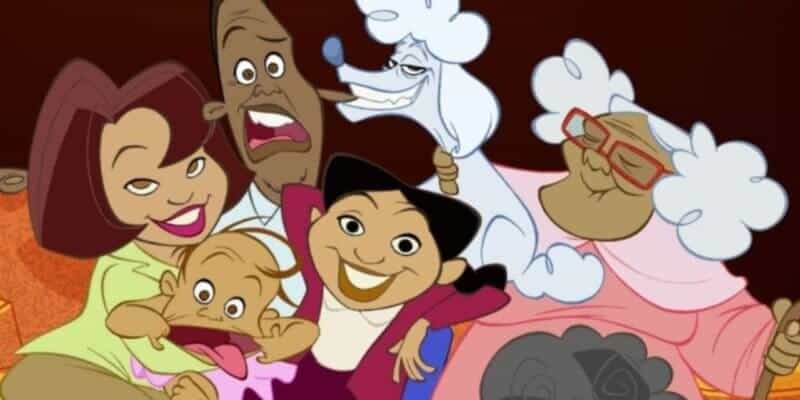 A Change.org petition has dubbed The Proud Family racist and calls for its sequel’s cancellation.

It ends by calling on the Walt Disney Company to cancel The Proud Family: Louder and Prouder, the upcoming Disney+ sequel series.

Why does the petition call The Proud Family racist?

The petition’s main point of contention is the show’s presentation of dark-skinned Black women. It asserts that the character of Dijonay Jones is at the heart of the problem, as it claims the character represents many problematic stereotypes associated with women of color.

Here is what the petition states:

The Proud Family cartoon is being rebooted on Disney+ and is still promoting racist and colorist stereotypes of darkskin Black women and girls. The clearest and most prominent example of that is Dijonay Jones, or Delinquinetta as she was initially named. A name that was meant to further the racist, colorist caricature of the dark skin black girl they created.

Dijonay Jones is depicted as a darkskin with a terrible attitude, chubby, loudmouth, aggressive with selfish-impulsive behaviors (All damaging racial tropes). These tropes have been negatively attached to Black, particularly darkskin women, and for decades has been the kind of representation darkskin Black girls have received.

The Proud Family has always had issues with colorism. The series in its depiction of visible Black girls/women perpetuates the idea that those with lighter skin are intelligent and “human” while those with darker skin are seen as incompetent and less than. Especially when the lighter skin women and girls in the cartoons are represented as multidimensional characters without racial dehumanization.

This cartoon is filled with racism and colorism that will have terrible effects on the self-esteem of Black girls and women alike. Disney has previously announced new initiatives designed for inclusivity and representation. I, therefore, call upon Walt Disney to cancel The Proud Family: Louder and Prouder for its racism and colorism or at least redesign the role of Dijonay Jones.

Have your say on the issue

The petition has already attracted support in the form of nearly 18,000 signatures. Its current goal is 25,000, but the numbers are rising by the day.

If you agree with its message you can sign the petition here. In the meantime, The Proud Family: Louder and Prouder is on track for its 2021 release on Disney+. The series will continue the story of the 2001 show, presumably with updated situations relevant to a 2021 audience. Additionally, the series is likely to be part of Disney’s “Celebrate Black Stories” collection, which aims to promote the voices of Black filmmakers.

Other films and series within the collection include Black Panther, The Princess and the Frog, That’s So Raven, and the original The Proud Family.

What is The Proud Family and its sequel series?

The Proud Family is an animated sitcom that ran from 2001 to 2005 on the Disney Channel. It became a fan favorite for its wacky antics and memorable characters, including Penny Proud (Kyla Pratt), Suga Mama, and Oscar and Trudy Proud. Additionally, it was notable for featuring a predominantly African American cast, demonstrating a diverse cast of characters at a time when that wasn’t common.

The show revolved around typical family antics and focused on the lives of Penny and her family, including twins siblings Bebe and CeCe and Uncle Bobby. Interestingly, the original cast will expand when the Disney+ sequel series premiers, as Keke Palmer will join as a young activist called Maya Leibowitz-Jenkins.

Yet, for some fans, conversations about appropriate representation have put the original show and the new Disney+ series in a new light. Though many are excited to see it return, the presentation of certain characters like Dijonay has caused some fans to think twice about the series.

Related: Hilary Duff Spills on How 30-Year-Old Lizzie Would Be Today

When will The Proud Family: Louder and Prouder be available?

You’ll be able to see Penny Proud and the rest of the family sometime this year. The Proud Family: Louder and Prouder is a long-awaited sequel that will premiere on Disney+ exclusively. Its announcement was met with excitement by many fans, and it followed the format of the lost Lizzie McGuire sequel, which was due to be a Disney+ exclusive.

It remains to be seen whether the petition will have any impact, as Disney has yet to comment on it. More as we hear it, here at Inside the Magic.

What do you think? Have your say in the comments below.