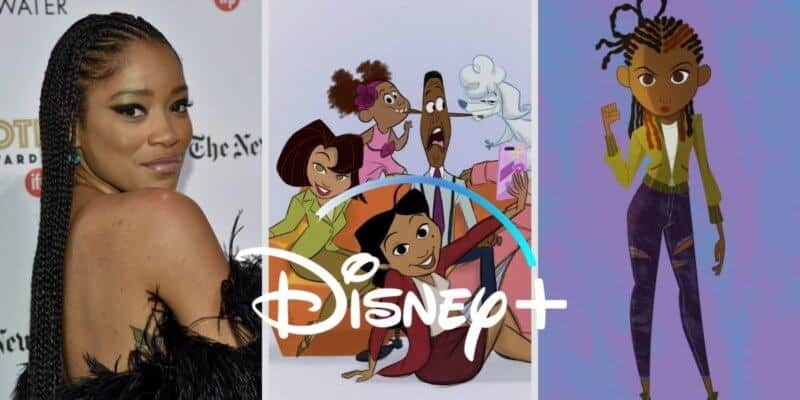 The Proud Family first aired on Disney Channel in 2001 and followed 14-year-old Penny Proud. Penny was trying to find her place in the world as well as her independence from her parents as she grew up. Once the show came to an end, fans everywhere were upset as they learned there would be no new episodes to look forward too.

However, back in November, we got confirmation that the series would soon be returning with NEW episodes!

Jo Marie Payton appeared on an episode of Strahan, Sara, & Keke in November and gave fans a special announcement. Jo Marie Payton, who is known for voicing the iconic Suga Mama on The Proud Family, was asked by host Keke Palmer if she was anything like Suga Mama in real life, in which she replied “Yeah, Suga’s large and in charge, that’s all I’ve got to say. Except for Suga Mama will be doing some new episodes come February!”

Though we aren’t sure exactly when these new episodes will be coming to the streaming service, Jo Marie Payton mentioned February, however, with the current global pandemic we assume this got delayed.

But one detail Disney+ announced was a brand new character coming to the show! The streaming service announced Thursday morning that actress Keke Palmer will voice a new character for the show — a teen activist who goes by the name of Maya Leibowitz-Jenkins.

Keke Palmer herself also took to Instagram to share the exciting news with her fans and followers, writing:

There’s a new girl coming to town! Prepare to fall in love with 14-year-old activist Maya Leibowitz-Jenkins, voiced by ME!!! ????❤️ #TheProudFamily: Louder and Prouder, coming soon to @disneyplus

There’s a new girl coming to town! Prepare to fall in love with 14-year-old activist Maya Leibowitz-Jenkins, voiced by ME!!! ????❤️ #TheProudFamily: Louder and Prouder, coming soon to @disneyplus

The creator of the original series, Bruce W. Smith, and executive producer, Ralph Farquhar, will return to develop the new episodes for The Proud Family: Louder and Prouder. Co-executive producer and story editor Calvin Brown Jr. will also join.

Smith and Farquhar previously said in a joint statement: “In our minds, the show never really went away, as we still had tons of stories left to tell. It’s the perfect time to bring back this show, and we can’t wait to take fans, old and new alike, on this journey with us.”

According to ABC, “The series will continue the story of Penny Proud and her eccentric family, with the original cast reprising their roles. Kyla Pratt will return as Penny Proud, Tommy Davidson as Oscar Proud, Paula Jai Parker as Trudy Proud, Jo Marie Payton as Suga Mama, Karen Malina White as Dijonay Jones, Soleil Moon Frye as Zoey Howzer, Alisa Reyes as LaCienega Boulevardez and Cedric the Entertainer as Uncle Bobby Proud.”

The original cast of The Proud Family also recently had a reunion, which you can watch below.

Hopefully, we will get an official announcement from Disney+ soon on when these episodes will air, but in the meantime, you can enjoy original episodes from the Disney Channel series, available now on Disney+.

If you are not yet signed up for Disney’s streaming service, you can subscribe here.

Are you excited to see The Proud Family make a comeback with brand new episodes? Let us know in the comments.