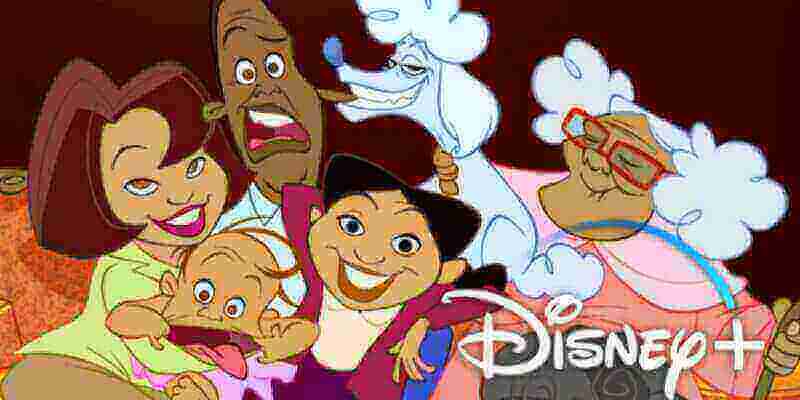 On Tuesday’s episode of Strahan, Sara, & Keke, which airs on ABC, featured an epic throwback as they hosted a reunion of some of the most iconic television parents from ’90s sitcoms.

As some of you may know, Jo Marie Payton played Harriette Winslow on Family Matters, but Disney Channel fans may know her for voicing the iconic Suga Mama on The Proud Family.

During the segment, host Keke Palmer had asked Jo Marie Payton if she was anything like Suga Mama in real life, in which Payton replied, “Yeah, Suga’s large and in charge, that’s all I’ve got to say. Except for Suga Mama will be doing some new episodes come February!”

Keke then got overly excited (like all of us did) and replied, “On Disney+! I just talked to Ralph [Farquhar] about this, I can’t wait to see the new episodes.”

Back in August during an interview with Where is the Buzz, Tommy Davidson who voiced Oscar Proud, spoke with a reporter when it was causally mentioned that Disney should bring back The Proud Family. Davidson then replied, “I forgot to tell you that, The Proud Family is coming back.”

Disney fans have been already outraged as The Proud Family is not yet on Disney’s new streaming service, Disney+, but maybe that’s because they are waiting to stream the entire series on top of the brand new episodes!

The Proud Family first aired on Disney Channel in 2001 and followed 14 year old Penny Proud. Penny was trying to find her place in the world as well as her independence from her parents as she grew up.

Are you excited to see The Proud Family make a comeback with brand new episodes? Let us know in the comments.