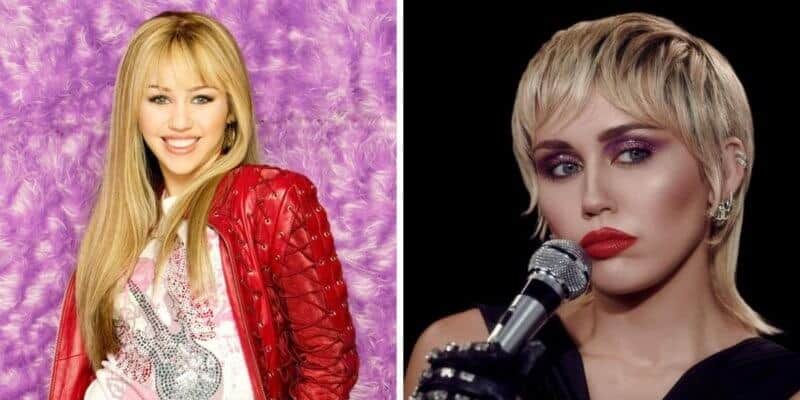 If you grew up watching the Disney Channel, you surely knew of the best-hidden identity scheme of the decade — Hannah Montana.

Hannah Montana was a Disney Channel television show where Miley Cyrus, daughter of Billy Ray Cyrus, dubbed as both Miley Stewart and famous pop star Hannah Montana. The show ran for 100 episodes from 2006 to 2011 and gained extreme popularity.

Hannah Montana is a live-action comedy series that follows typical tween Miley Stewart who lives with her older brother and widowed dad, a songwriter. But unbeknownst to her friends and classmates, Miley has a secret double life – she is the world famous pop star Hannah Montana.

Now, that it’s been 10 years since the show ended, and 15 years since it was created, there is a suspicious social media presence ongoing that has fans thinking this could be a sign that Hannah Montana is returning. Let’s unpack this.

As we mentioned, Miley is being active about Hannah Montana on social media. In fact, she took to Instagram and Facebook to post a letter on Hannah Montana-themed paper, dated today, to reminisce about the good old days of Hannah. She even noted that she still loves the character and her other life as Hannah Montana even all these years later.

Nice to hear from you @MileyCyrus. It’s only been a decade.

Nice to hear from you @MileyCyrus. It’s only been a decade. https://t.co/KXd01DpciK

So does this mean that a reboot is in store for Hannah? Interestingly enough, the Hannah account seems to be stuck in the early 2000s, whereas Miley Cyrus has clearly grown up. The bio of the newly created Twitter account reads:

It would be odd for a reboot to occur where time stands still in the world of Hannah Montana and no one has aged. Therefore, perhaps the big 15th-anniversary surprise was just to bring Hannah back via social media! It could be a similar case to what we have seen with Lizzie McGuire — Although Lizzie McGuire, played by Hilary Duff, has grown up, the cartoon version of Lizzie forever stays as her teen self.

Furthermore, Yahoo recently reported that Miley even sometimes jokes about putting the famous Hannah wig back on pretty often:

“You know what honestly, I try to put that wig on all the time. She’s just in storage collecting dust and I’m ready to whip her out. The opportunity will present itself. I definitely would like to resurrect her at some point. She needs a big makeover because she’s kinda stuck in 2008, so we’ll need to go shopping with Miss Montana. And also yea I’d love to do a series again. I think it would be hard for me to get locked into a sound stage for a couple years, but that’s sometime in the future and hopefully I’m directing it.”

Plus, Miley has been sharing lots of old clips from the show on her Instagram as of late.

So it seems that if Miley was open to a series, perhaps there is a way that it can be pushed in a direction where Hannah and Miley grow up. Who knows, perhaps these social accounts will stage some sort of growing up prequel to a new series.

Considering the major fan base of Hannah Montana is now all over social media, it would be the perfect place to stage a return. That being said, this is just purely some fun speculation on my end!

Would you want to see Hannah Montana brought back to your TV screen?

Comments Off on Hannah Montana Finally Joins Twitter – What Could It Mean?