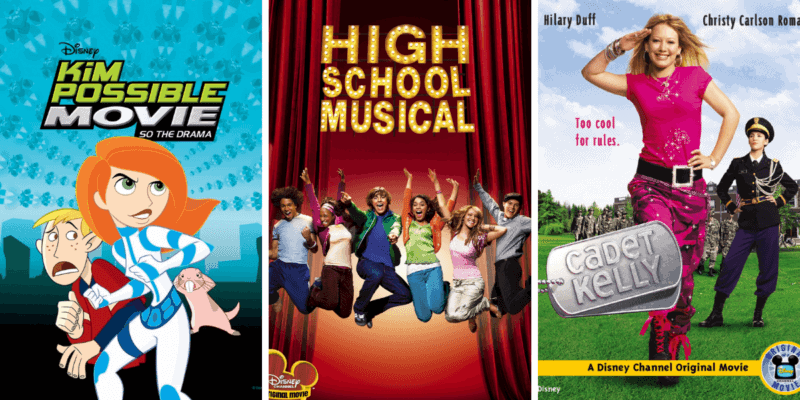 Nostalgia overload incoming! Disney Channel stars are about to reunite in an eight-week special.

If you enjoyed Disney Channel original movies such as High School Musical and The Cheetah Girls, you’re in luck. Tuning in to the Disney Channel for this extravaganza is a must for any fan of delicious desserts and Disney nostalgia.

As reported by Delish, the “DCOM & Dessert” event will take place exclusively on the Disney Channel. It lasts eight weeks, from April 5 to May 24, and it will feature an exciting lineup of classic Disney stars. You’ll hear from the likes of Christy Carlson Romano, Will Friedle, Ryan Merriman, and Kyla Pratt as you listen to their experiences.

The series will see classic Disney actors reunite as they reminisce on some of their projects from the ’90s and 2000s and highlight why they think interest has endured. Additionally, this will be intercut with baking segments hosted by Ariel Martin and Chandler Kinney. The baking segments will allow you to bake along at home with simple recipes for delicious foods.

Disney Channel original movies are available to stream on Disney+

If you want to relive some of the most classic Disney movies from your childhood, you can go to Disney+ right now. The streaming service has an ace selection of classic content, both live-action and animated. Many of us will fondly remember watching High School Musical for the first time and dancing along to “We’re All in this Together.”

“DCOM & Dessert” offers you the opportunity to hear all about these projects first-hand! From The Kim Possible Movie: So the Drama to The Proud Family Movie, there are some classics right here. Furthermore, you’ll be able to hear from Kim Possible (Christy Carlson Romano) and Penny Proud (Kyla Pratt) themselves! It’s also the perfect time to catch up on The Proud Family as a Disney+ remake is coming this year!

You can check out every episode of “DCOM & Dessert” on the Disney Channel starting next month.

What is your favorite classic Disney Channel movie?

There are many classics to choose from in the Disney Channel era. From the Hannah Montana: The Movie (2009) to The Lizzie McGuire Movie (2003) to Wizards of Waverly Place: The Movie (2009), everyone has a different favorite. The Walt Disney Company made a name for quality (if a little cheesy) content that attracted a young audience in droves.

It did so by casting at the time unknown child actors such as Selena Gomez, Miley Cyrus, and Demi Lovato. We don’t need to tell you how famous these stars are now and how the Disney Channel launched their careers into the stratosphere. We know we’re not alone in wishing that Miley would return as Hannah, just once!

All of these epic movies definitely bring the kid out in us. Whether you’re a fan of The Cheetah Girls or The Jonas Brothers, there’s always a Disney Channel movie for everyone. The only sad thing is that we’ll never see the fabled Lizzie McGuire reboot starring Hilary Duff and the original cast. We’ll just have to stick to Marvel originals like The Falcon and the Winter Soldier instead.

Disney+ is the place for old school Disney Channel content

For those of us who miss living the Suite Life and tuning in to an episode of Hannah Montana or Wizards of Waverly Place — and whether it’s a movie or a TV series you’re looking for — Disney+ has it all.

The Disney Channel has slowly become integrated with the streaming service, and in some countries, it’s been canned altogether. However, the future seems to be streaming, as reflected by brand-new shows such as The Mighty Ducks: Game Changers, starring Emilio Esteves. Chances are your average kid will be far more aware of Disney+ than the Disney Channel or even Disney Junior or Disney XD, these days.

Yet, for all of us nostalgic kids, the Disney Channel will always serve as a Disneyland of the living room. A place where fond memories were made on Saturday mornings and icons like Demi Lovato and Christy Carlson Romano were made. However, now is the time to pass the torch to the new generation and allow the stars of tomorrow such as Avantika Vandanapu and Scarlett Esteves to enjoy the limelight.

Still, we’ll always have reunions like DCOM & Dessert to allow us to catch up with our childhood friends.

Related: How Disney California Adventure Will Operate in the Pandemic

Will you be tuning in? Let us know in the comments below.