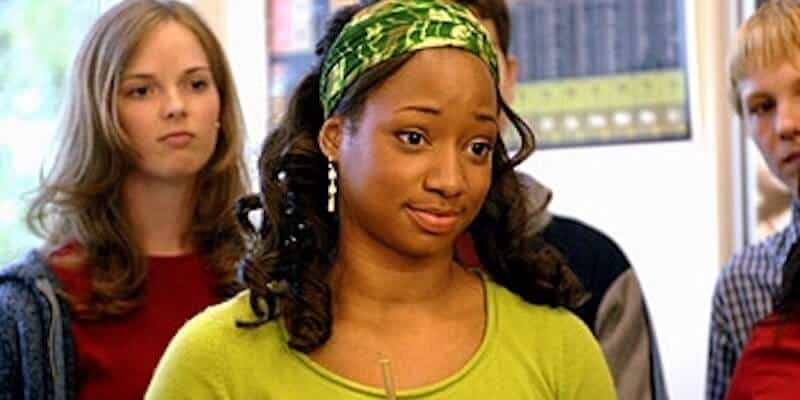 High School Musical was the hit Disney Channel Original movie from 2006. A musical centered around high school students exploded in pop culture upon its release. Monique Coleman — who was one of the stars in the movie portraying the role of Taylor — recently shared some insights on the challenges she faced as a Black woman while filming.

Monique spoke with Insider and revealed that while things in the industry have gotten better, the stylist on High School Musical did not know how to style Black hair. This lead to her asking if she could wear a headband which the crew was supportive of:

Coleman said crew members were short on time to fix her hair before filming began, so she suggested that they “incorporate headbands into her character” and “just make that a part of who she is.”

She added that she and her castmates were “lucky” because Disney and the film’s wardrobe department were “very open to our feedback.”

By including the headband and incorporating it into the character, it followed Monique throughout the other High School Musical films. Monique went on to tell Insider that because of her contribution to creating a specific look for her character, Disney let her help design Taylors outfit for the last musical number of the original film, “We’re All in This Together”. Monique said she took inspiration from Brittney Spears to bring this look to life:

“I thought, ‘Oh, I think it would be really fun for Taylor to kind of have this sort of awakening moment,” Coleman said. “And I thought the tie was a really cute look.

“That was so, so long ago that the ‘One More Time’ video was still relevant and I thought, ‘Huh, wouldn’t it be kind of cool if Taylor’s look had a nod to that in some way?'”

Monique went on to reveal how much she enjoyed playing the character of Taylor, and what being a role model means to her:

“I’m really grateful to have been someone who was able to bring representation at a time where there wasn’t very much, and I’m so happy when I see this next generation of young artists and there just being so much more room for people of color,”

“It means the world to me, particularly because Taylor is such a dynamic character and the smartest person at school and all of that at a time where, often, Black girl characters tended to be the ones who had an attitude or to be sassy,”

“And I appreciated that that wasn’t why people loved Taylor. They loved her because she was smart and supportive. And it definitely means a lot to me for people to see her. There was Taylor before the Obamas were a thing. So we didn’t have people to look up to.”

“So knowing that this generation got to look up to her really is special for me.”

We love hearing this story from Monique Coleman as High School Musical remains an iconic part of many people’s childhoods.

What did you think of Monique Coleman’s interview? Let us know in the comment!