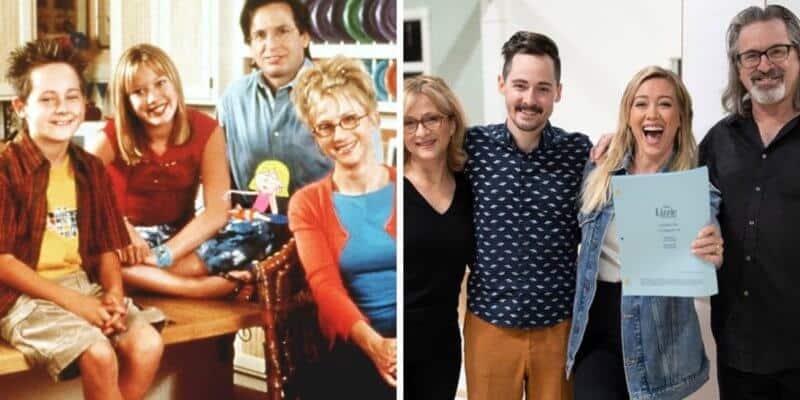 Lizzie McGuire fans were extremely upset when they learned they would never get to see the highly anticipated reboot. The original cast of the Disney Channel show were all expected to return to reprise their roles — including Hilary Duff (Lizzie McGuire), Hallie Todd (Jo McGuire/Lizzie’s Mom), Robert Carradine (Sam McGuire/Lizzie’s Dad), and Jake Thomas (Matt McGuire/Lizzie’s brother). Also previously announced were Adam Lamberg as Gordo and, of course, animated Lizzie.

Hilary Duff took to Instagram herself to announce the Lizzie McGuire reboot would be no more, expressing how she is disappointed and upset that “the stars just didn’t align”.

I’ve been so honored to have the character of Lizzie in my life. She has made such a lasting impact on many, including myself. To see the fans’ loyalty and love for her, to this day, means so much to me. I know the efforts and conversations have been everywhere trying to make a reboot work but, sadly & despite everyone’s best efforts, it isn’t going to happen. I want any reboot of Lizzie to be honest and authentic to who Lizzie would be today. It’s what the character deserves. We can all take a moment to mourn the amazing woman she would have been and the adventures we would have taken with her. I’m very sad and the stars just didn’t align. Hey now, this is what 2020s made of.

Shortly after the Lizzie reboot was scrapped, one of the actors, Jake Thomas (Matt McGuire/Lizzie’s brother), spoke out and spilled the beans on what could have been. And now, more Lizzie cast members are chiming in.

“When we did the read-through of the first two scripts, there were literally three rows of chairs and in each chair was some kind of a Disney executive,” Carradine told Vice. “I mean, there were 25 of them in there. And they were laughing their a**es off.”

He continued, “Every single step of that trajectory had to be greenlit by somebody who’s high up in the organization. So, you go to all that trouble and they decide at the last minute, out of the blue, that it needs to be more kid-friendly? I don’t get that.”

Hallie Todd then chimed in explaining how disappointed she was. “I’m sad,” she told Vice. “We had the best time when we got together for those two episodes. It felt like no time had passed, except that all of a sudden these kids were adults. It just seems ridiculous. There’s always more to it than you hear, and I certainly am not privy to those conversations in the back room.”

Jake Thomas, who is now 30-years-old (much like many of the Lizzie fans out there) was very upset that he couldn’t reconnect with the audience. “Fans always tell me how watching the show was a staple of their childhood, and honestly, I was right there with them running to the TV every week to watch the latest episode,” Thomas said.

“When I walked onto the set of the rebuilt McGuire house for the reboot, it felt like such an unreal homecoming, an overwhelming childhood nostalgia. It saddens me greatly that the fans don’t get to share in that feeling,” he continued.

More on the Lizzie McGuire Reboot

However, since then, a lot has happened. Terri Minsky was the Lizzie McGuire creator who, back in January 2020, decided to step away from her showrunner and executive producer role in the revival due to “creative differences”.

And, back in February, we reported that Hilary Duff suggested the Lizzie McGuire reboot was not exactly “family-friendly” enough for the Disney streaming service. Similar to why the Love, Simon series — Love, Victor — was moved to Hulu, it looks as though that is the same reason why the original show creator was also taken off the project — for “family-friendly” reasonings.

Are you upset to see the Lizzie McGuire reboot end? Let us know in the comments below.