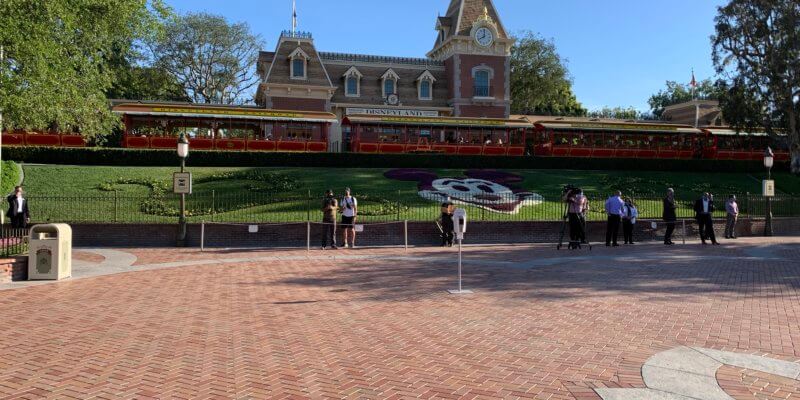 For the first time in forever, Guards will finally be opening up the gates and letting Guests into the Happiest Place on Earth! While the theme park officially opened up at 9 a.m., both the Mickey and Friends and Pixar Pals parking structures opened up hours earlier to Guests who could not wait to get to the theme parks. The Harbor Boulevard entrance also began allowing Guests to line up at security hours before park opening.

Read More: Disneyland Officially Reopens to the Public After One Year! 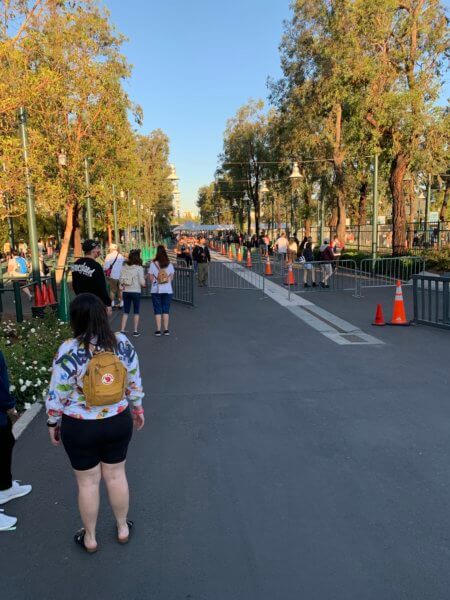 However, Instagram user Gothic Rosie shared that the parking structure would actually be opening at 6 a.m. and not 8 a.m. These early opening parking lot hours will run throughout opening weekend. Parking lot operating hours will return to half an hour before theme park opening beginning on May 4. This was later confirmed by Disneyland officially so that all fans knew that on opening day they would be allowed to head to Disneyland Resort property hours before the parks opened.

This is not the first time that parking at the Disneyland Resort has opened early. When the newest Disneyland attraction, Rise of the Resistance, opened in Star Wars: Galaxy’s Edge in January 2020, the parking structures opened early to accommodate the large number of Guests who showed up early to try to get their Rise of the Resistance Boarding Groups.

Guests staying at area hotels, as well as those who parked off property, were able to line up much earlier than 6 a.m. in order to get into the Disneyland Esplanade as early as security would allow them to. However, Guests on the Harbor Boulevard entrance were not allowed through secure until around 6:30 a.m.

Read More: Rise of the Resistance Boarding Groups Fill Up in Seconds on Reopening Day!

Disney also enforced social distancing guidelines and procedures. Social distancing markers were placed on the ground on the Esplanade to keep parties six feet apart as they waited to get inside the theme parks. It is one of several new safety guidelines and procedures being implemented throughout the theme park in response to the COVID-19 pandemic.

At just around 8 a.m., Disneyland opened its closed gates and allowed Guests into the theme park. Guests were able to take in the sights and sounds of the theme park that they have not seen or heard in over a year. Cast Members lined Main Street, U.S.A, waving to Guests and welcoming us “home” after a full year.

There was also a countdown as the gates opened! Disney Cast Members and Guests counted down to the grand reopening of the Happiest Place on Earth.

At this time, Disneyland is currently open to California residents who have both a valid ticket and theme park reservation. Proof of residency may be required for Guests to show before they enter Disneyland or Disney California Adventure Park.

Were you at Disneyland for the grand reopening? What did you think about your return? Let us know in the comments!

Are you ready to book your Disney vacation? Let our friends at Academy Travel take care of all of your needs! Click here to get started today!