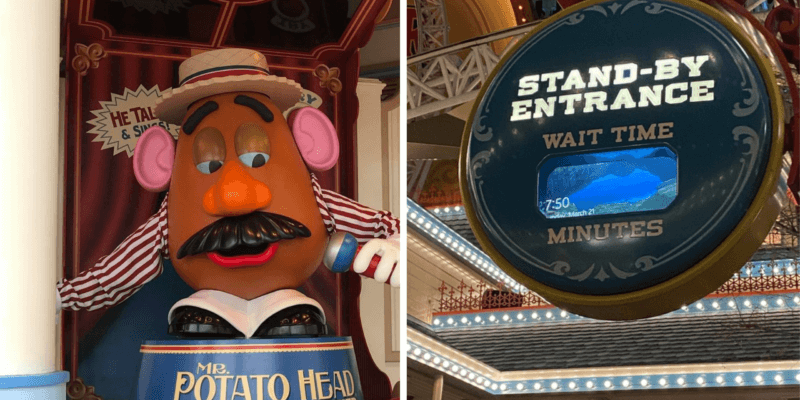 Even though Disney is the Happiest Place on Earth, mishaps can happen at the theme parks. From animatronics glitching to audio tracks going silent, it isn’t rare for Disney theme park attractions to have to close temporarily due to the occasional malfunction, as they are running for hours on end every day when the theme parks are operating as normal.

Well, it seems that as soon as Disney California Adventure reopened their gates for a special event, some attractions were still experiencing quirky mishaps, even though rides aren’t even running right now!

Related: Matterhorn Bobsleds Replica Is ‘Most Elaborate Backyard Coaster Ever’

The theme parks of the Disneyland Resort have been closed for over a year now due to the ongoing pandemic. Throughout this time, the Downtown Disney District was able to reopen, including Buena Vista Street in DCA (for a limited time). Now, Disneyland is currently running a limited-time, sold-out event at Disney California Adventure called A Touch of Disney.

Here, Guests have been able to finally reenter a Disneyland theme park, and although rides are not running during this event (and will not be operating until the theme parks fully reopen on April 30), food, drinks, socially distanced character interactions, as well as games are available for Guests. Plus, Guests can finally experience the feeling of being back in a Disney Park for many who have not seen visited a theme park at the Disneyland Resort for quite some time.

When the event opened, Inside the Magic was on the scene and reported that we noticed that some wait times for attractions were posted despite the rides not operating during the event. The wait times were listed at 5 or 10 minutes on signs throughout the park, not to indicate that the attractions were running but instead seemingly (unintentionally) giving Guests a taste of what’s to come.

Now, it seems that those wait time screens are looking a lot less Disney and a lot more Windows.

As you can see below, as of this week, the sign now had a default Windows screensaver on display with a time and date listen on it.

It Was Windows 10 All Along! from Disneyland

Of course, these attraction wait time signs do not typically show Windows desktop screen savers, but considering the park has only recently welcomed back Guests and attractions aren’t yet operating (and will not operate until the end of next month) there will surely be kinks to be ironed out. We expect the attraction wait time signs to be back to normal once the parks truly reopen on April 30 and rides are operating.

Related: Which Rides Will Have the Longest Waits at Disneyland?

Luckily for those who got tickets to the A Touch of Disney event, Disneyland Cast Members are now able to experience what it is like to be open with Guests prior to their official opening on April 30. The wait time signs may be glitching right now, but we know that there are p[plenty of fans who can’t wait to ride attractions like Toy Story Midway Mania as soon as possible!

Have you attended the A Touch of Disney event? Did you think it ran smoothly? Did you manage to get tickets for the event before it ends?

Want to plan a Disneyland trip? How about Disney World as well! You can head to Magic Kingdom and test out both Haunted Mansion attractions on each coast! Click here to begin booking!