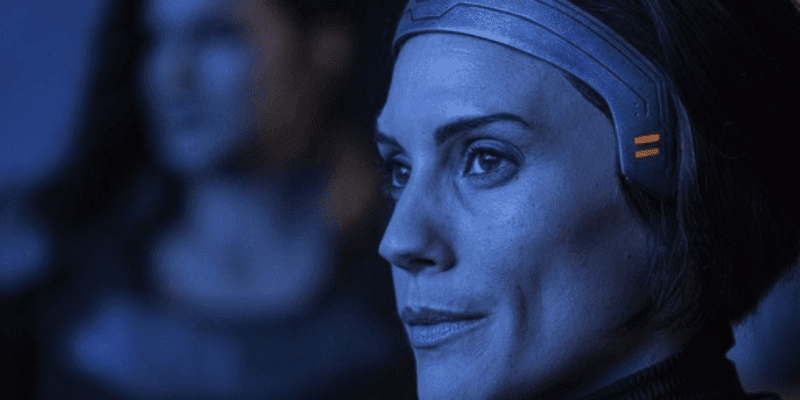 Katee Sackhoff has become something of an icon for geek girls everywhere. She made her mark as Kara ‘Starbuck’ Thrace in Battlestar Galactica, but also had a recurring appearance on The Flash, and even showed-up as, well, herself on The Big Bang Theory in two episodes.

For Star Wars fans, though, Sackhoff will always be Bo-Katan Kryze. She voiced the Mandalorian warrior throughout her tenure on Star Wars: The Clone Wars and in her brief Star Wars Rebels story arc, as well.

Then, after talking to her old friend Dave Filoni — who worked on both Clone Wars and Rebels — at Star Wars Celebration 2019, Sackhoff found herself sitting down with Mandalorian creator Jon Favreau to discuss playing the role of Bo-Katan in live-action in the second season of the hit streaming series.

The rest, as they say, is history. Every Star Wars fan knows that Sackhoff absolutely slayed the role of Bo-Katan Kryze in both Bryce Dallas Howard’s The Mandalorian Season 2, Episode 3 (“Chapter 11: The Heiress”) and in the season finale episode (“Chapter 16: The Rescue”).

What you might not know about Sackhoff, though, is that she’s trying to do more than retake Mandalore after Duchess Satine’s death — she’s also a stormtrooper.

That’s right, actress Katee Sackhoff is an honorary member of the 501st Legion (AKA “Vader’s Fist”). This volunteer group of Star Wars fans is 14,000 members strong and does everything from appearing at charity events to promote a love of Star Wars to fans old and new.

“…The Legion is an all-volunteer organization formed for the express purpose of bringing together costume enthusiasts under a collective identity within which to operate. The Legion seeks to promote interest in Star Wars through the building and wearing of quality costumes, and to facilitate the use of these costumes for Star Wars-related events as well as contributions to the local community through costumed charity and volunteer work…”

The 501st Legion previously shared photos, which you can view here, of Sackhoff’s induction into their Star Wars fan organization. Sackhoff, by all counts, retains her honorary membership in the group.

Another Star Wars actor, Ray Park, who portrayed Darth Maul in Star Wars: The Clone Wars, Star Wars: Episode I – The Phantom Menace (1999) and Solo: A Star Wars Story (2018), famously left the 501st over an undisclosed incident in 2018.

Is Bo-Katan Kryze returning to The Mandalorian?

Although Sackhoff has not officially confirmed her return to the Star Wars universe for The Mandalorian Season 3, all signs point to the fact that she will be back. Sackhoff herself even recently stated that there was “a reason” Nite Owl Axe Woves (Simon Kassianides) did not accompany Kryze and Koska Reeves (Mercedes Varnado/Sasha Banks) in the second season finale, indicating he will be back at some point.

When we left Bo-Katan on Moff Gideon’s (Giancarlo Esposito) Imperial cruiser at the end of Season 2, she had just discovered that Mandalorian title character, bounty hunter Din Djarin (Pedro Pascal), had won the Darksaber in battle while rescuing Grogu (AKA The Child AKA Baby Yoda).

This means we are headed into the third season of The Mandalorian with Djarin the de facto ruler of Mandalore and Bo-Katan, presumably, not at all happy about it.

The Mandalorian Season 3 and two of its spinoffs, Ahsoka — featuring Ahsoka Tano (Rosario Dawson) as she searches for Grand Admiral Thrawn — and Rangers of the New Republic, do not yet have official release dates. A third spinoff show, The Book of Boba Fett, will debut in December 2021.

Are you hoping for more Katee Sackhoff in The Mandalorian saga?