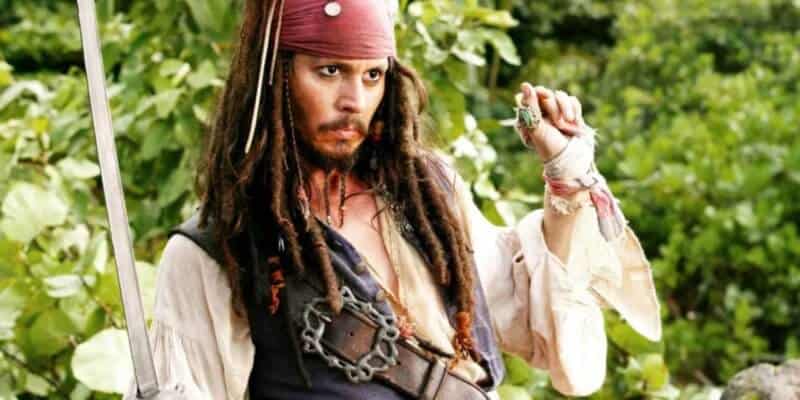 When it comes to the Pirates of the Caribbean franchise, it is easy to say that Johnny Depp’s Jack Sparrow is the most iconic character to have emerged from the films. Depp’s Sparrow is arguably the most entertaining character in the movies but is also featured in Disney Parks across the globe and even sometimes makes port at Castaway Cay! From meet and greets to full animatronics being inserted into the Pirates of the Caribbean attractions worldwide, Jack Sparrow is a drunken, adventurous pirate that audiences have grown to love.

Related: Depp Went Above and Beyond For Jack Sparrow’s Gold Teeth

Most recently, however, Johnny Depp has been in the hot seat with the controversy surrounding his name. Depp’s ex-wife Amber Heard accused the actor of domestic abuse and violence — a legal battle that now has $150 million on the line after Depp’s counter lawsuit for defamation. Unfortunately for the Pirates actor, U.K. tabloid newspaper The Sun won their libel case when Depp sued for defamation,  which set off a string of losses in terms of Depp’s career.

For example, Depp lost his role as Gellert Grindelwald in Warner Bros. Fantastic Beasts 3 (Mads Mikkelsen is currently set to take over Depp’s character in the Fantastic Beasts franchise). We then learned that Disney had reportedly scrapped his return as Captain Jack Sparrow in Pirates of the Caribbean 6. Fan outrage quickly resulted in a petition to bring the actor back. Most recently, we wrote about an ongoing rumor that Disney is still in talks with Depp to reappear as Sparrow. This rumor began with a report that Disney would reconsider firing Depp from the Pirates franchise if he were to win a libel lawsuit retrial.

Aside from Depp’s fandom, Disney has started to turn their pirate ship in a direction that would not need Jack Sparrow. Margot Robbie has reportedly been cast as a female “Jack Sparrow,” in the sense that she will be the new captain of the franchise. The new Pirates of the Caribbean will be female-centered, and Robbie wants her character to be a part of the LGBT community. Disney, however, has not confirmed anything about this.

When we wrote about this, the comment section of our article blew up with rage for two reasons. One, fans do not want to see Depp go, and two, many did not like the LGBT spin Robbie wanted to put on the character.

As an example, one ITM reader stated, “LGBT+ ??? Apparently, Disney is looking to alienate millions of hardcore fans and ruin the pirates series.” Another noted, in part, “I’m a girl, and I’m lgbt+, and this just doesn’t sit right with me. I wish they would just let Pirates of the Caribbean end instead of trying to force it into pandering”.

Interestingly enough, Johnny Depp has always believed Jack Sparrow, and all of his past roles, to be gay! The Independent noted that Depp had a tough time getting his perception of Jack Sparrow approved. Depp stated, “It trickled back to me that [former CEO] Michael Eisner went on some bent about how ‘Johnny Depp’s ruining the film! What is that thing? It is drunk. Is it gay?’”

In Depp fashion, his response to Eisner was perfect. “When they asked if it was gay, I said: ‘Didn’t you know all my characters are gay?’ I expected to be fired, but I wasn’t for some reason. They were going to put subtitles under my character, and they couldn’t understand Captain Jack.”

But, is Jack Sparrow gay? Some may bring up the point that Jack Sparrow and Elizabeth Swann (Keira Knightley) have a romance throughout the films, which is undeniable. However, nothing ever transpires between the two except for a kiss initiated by Swann. Plus, Depp’s Sparrow could even be bisexual — there is no specificity here, but it is clear Depp was open to LGBT influence when creating Jack Sparrow.

Entertainment Weekly noted an interesting way to interpret Depp’s comment that all his characters are gay.

Depp’s career is indeed a trove of outré outsiders. They may not be explicitly homosexual per se, but they certainly live on the fringe of society and/or stereotypically manly, heterosexual male behavior — especially when he teams up with longtime  director Tim Burton.

Depp does not play into a heavy masculine stereotype for many roles, which may be what Depp was trying to get Eisner to understand.

Ed Wood in Ed Wood An over-the-top filmmaker whose films have been lionized as high (if unintentional) camp, with a penchant for dressing in women’s angora sweaters.

Ichabod Crane in Sleepy Hollow A fastidious forensics expert with collection of oddball eyewear, whose progressive ideals put him at odds with larger society, when he’s not sort of pining for Christina Ricci.

Willy Wonka in Charlie and the Chocolate Factory A confectionary genius/loner with a coterie of pocket-sized men doing his bidding, with a perfectly coifed bob, exquisitely milky skin, elegant purple gloves, a tailored burgundy suede jacket, and a custom-designed walking stick.

Sweeney Todd in Sweeney Todd: The Demon Barber of Fleet Street A hair stylist and male grooming expert whose inky black tresses sport a wildly eccentric shock of white hair, and who quite often for seemingly no reason breaks into Broadway show tunes — and Sondheim at that.

The Mad Hatter in Alice in Wonderland A proud designer of one-of-a-kind berets, bonnets, and chapeaux, he also clearly has eyebrow extensions.

Just like Sparrow, all of Depp’s characters are unique in style, mannerisms, behavior, and approach — something that Eisner was seemingly having a tough time accepting due to the risk that comes with peeling away from the norm. Of course, Depp was spot on with his creation of Sparrow, considering the franchise’s success.

What will Depp do now?

Aside from waiting to hear more about the potential re-kindling with Disney, Depp has a few other options and rumors circulating his next move. Some reports state that Johnny is looking to smaller production studios to get work, while others say that his pal Tim Burton is coming to the rescue. Most recently, we discovered that Depp is in talks to star as Gomez Addams in The Addams Family, an idea sparked by Burton. It is also rumored that the long-awaited Beetlejuice 2, which Burton has repeatedly expressed interest in directing, may come to fruition with Johnny Depp starring in the film. Whether or not the Beetlejuice revival with Depp will happen is questionable, considering the original movie is a Warner Bros. production.

Stay tuned to Inside the Magic as we continue to report on all details regarding the Johnny Depp controversy and his place at Disney!

Do you think Disney should bring back Johnny Depp for Pirates of the Caribbean? Did you think that Jack Sparrow was gay?