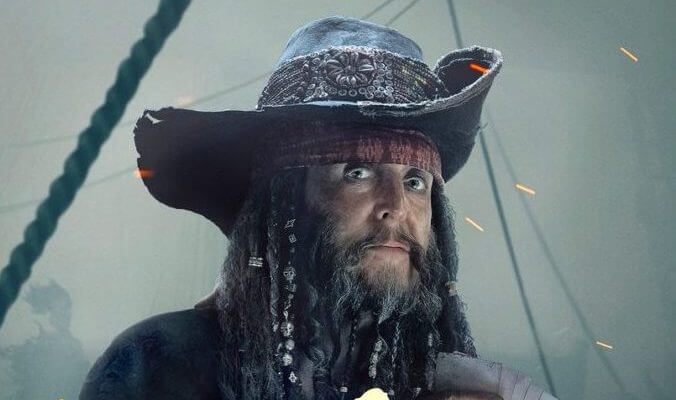 It was reported in March 2016 that Paul McCartney would be making an appearance in Pirates of the Caribbean: Dead Men Tell No Tales, but details on the role have been scarce. While we still don’t know much about his character, a new poster does reveal what he’ll look like. He’s definitely playing a pirate and he looks a bit like Jack Sparrow (Johnny Depp), but Sparrow’s father was already played by Keith Richards back in the films At World’s End and On Stranger Tides.

His left hand is also looking a bit gray, meaning he could be playing a ghost pirate.

What do you think of McCartney’s “Pirates” look? Is he playing someone related to Jack Sparrow?