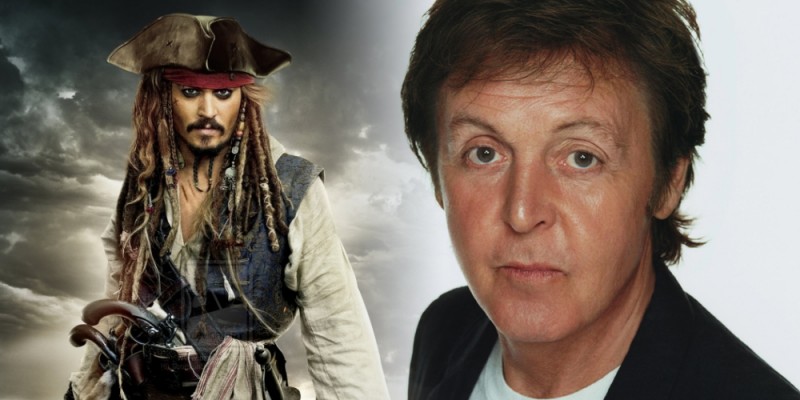 News on the latest chapter in the Pirates series, Pirates of the Caribbean: Dead Men Tell No Tales, has been oddly absent since it began production. So it’s always great when we get a little tidbit of piratey-goodness from the folks at Disney. And this is a good one.

It looks like none other than Sir Paul McCartney has joined the swashbuckling cast that includes Johnny Depp as Captain Jack Sparrow, Orlando Bloom as Will Turner, Javier Bardem as the evil Captain Salazar, Geoffrey Rush as Barbossa, and Kaya Scodelario & Brenton Thwaites as a few new characters.

The weirdest situation is this: apparently the scene that includes McCartney isn’t necessarily a reshoot, but an extra scene that was added after the entire film had already wrapped production. So his role is completely a secret for right now. I smell a post-credits sequence.

Pirates of the Caribbean 5: Dean Men Tell No Tales ships off to theaters May 26, 2017. Are you excited for the new movie? Let me know in the comments!

Comments Off on Paul McCartney joins the cast of “Pirates Of The Caribbean: Dead Men Tell No Tales”