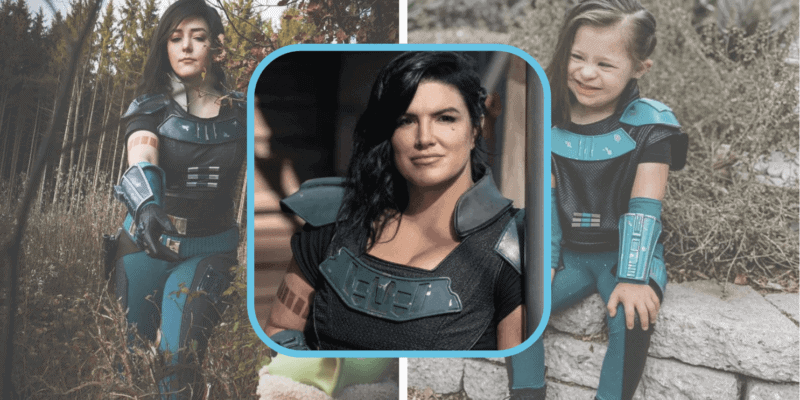 The actress, who is known for her sometimes controversial Tweets regarding political and social issues, has sparked a number of trending social media hashtag campaigns on both sides of the aisle. As a matter of fact, Twitter users have created a variety of hashtags specifically related to the former women’s MMA fighter who spent her high school years in Las Vegas.

#FireGinaCarano has been directed at Walt Disney Company officials on multiple occasions — most recently amid the political riots at the United States Capitol Building in Washington D.C. — but #IStandWithGinaCarano and #WeLoveCaraDune have also trended at various points in recent weeks.

Throughout all of this online strife, however, Carano has also used her platform to connect with fans and with those who love her Mandalorian character, New Republic Marshal Cara Dune. Most recently, she re-Tweeted a post featuring a number of women dressed in impressive Cara Dune cosplay outfits.

How incredible is this?!

How incredible is this?! ?❤️✨
The Mandalorian: 10 Cara Dune Cosplay Even The Mandalorian Would Approve Of https://t.co/YbTBeUwbSz

Carano frequently shares fan tributes in the form of fan art, so this simply takes this one step further — after all, imitation is the sincerest form of flattery!

ScreenRant shares these details about the compilation of 10 Cara Dune cosplays:

Cara’s costume is definitely a dream for cosplayers, as there’s a lot of room for them to add fun detailing and to channel their individual vibes. But, it’s no cakewalk re-creating the empowering, military-leaning ensemble which has several key aspects one needs to focus on to get the look right. Here are some of the best Cara Dune cosplays:

Here, we look at a few highlights from ScreenRant’s compilation. You can view all 10 Star Wars cosplay outfits by clicking on the link above.

Related: What’s the difference between DisneyBound and Cosplay?

Related: Gina Carano Originally Thought She Was Playing a Wookiee in ‘The Mandalorian’

All of this amazing Cara Dune cosplay style has us waiting on the edge of our seats for San Diego Comic Con and Star Wars Celebration to resume so we can pay homage to The Mandalorian with our own amazing costumes!

What’s next for Gina Carano?

Although Gina Carano’s future with The Mandalorian saga has not been officially confirmed by Lucasfilm or Disney, many Star Wars fans are currently operating under the assumption that Cara Dune’s adventures as a Marshal on Nevarro will be the focus of upcoming Mandalorian spinoff series, Rangers of the New Republic.

The series is one of three Mandalorian spinoffs that creator and showrunner Jon Favreau and executive producer Dave Filoni are working on. The other two shows, Ahsoka and The Book of Boba Fett, will include other familiar characters from the Star Wars galaxy.

Stay tuned to Inside the Magic for all things Mandalorian and the latest on Gina Carano.