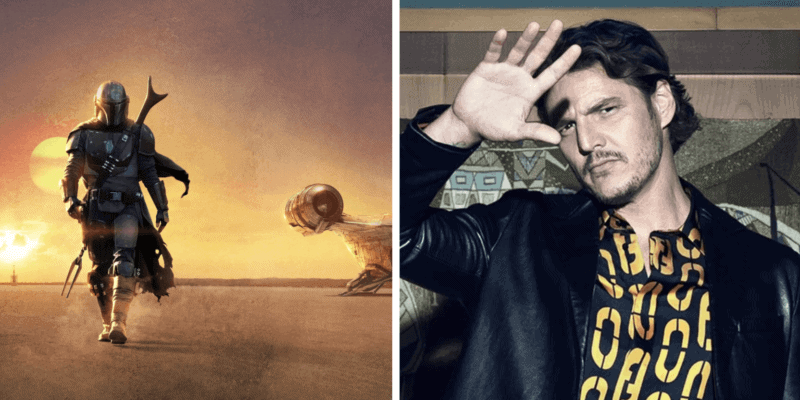 Although Chilean-born actor Pedro Pascal’s career actually began in 1996 — and he has had stints on well-known series like Narcos, The Mentalist, and HBO’s Game of Thrones — he didn’t really become a household name, at least for Disney fans, since the premiere of The Mandalorian on Disney+ last November.

The Mandalorian has become the cornerstone of the Disney+ streaming platform — it is by far it’s most successful show and it has, thanks in large part to Grogu (AKA “The Child” AKA “Baby Yoda”) made the Star Wars universe accessible to a whole new demographic of viewers who aren’t necessarily “Star Wars people.”

The hit Jon Favreau series even managed to earn Pascal Entertainment Weekly Entertainer of the Year honors. As he shared in his interview with EW, playing Din Djarin has been incredibly rewarding, but also hasn’t been without its challenges.

As per their article:

Playing the Mandalorian has been one of the hardest and most unique experiences of Pascal’s career to date. At this point, it’s no secret that he wasn’t physically under the helmet as much as he would’ve liked in season 1 and recorded his dialogue in post-production to match what his doubles, stunt actors Brendan Wayne and Lateef Crowder, did on set in the armor.

For Season 2, Pascal spent significantly more time on set and shared this details about the experience with EW:

“I’m not even sure if I would be able to do it if it weren’t for the amount of direct experience that I’ve had with being on stage to understand how to posture yourself, how to physically frame yourself into something and to tell a story with a gesture, with a stance, or with very, very specific vocal intonation,” says Pascal, who believes his collaborative relationship with creator Jon Favreau and executive producer Dave Filoni, a.k.a. his “Mandalorian papas,” also helped him inhabit the role in season 2.

Pascal also made sure fans know that it’s not all work and no play on The Mandalorian set. He especially loves working with comedienne Amy Sedaris, who has played eccentric Tatooine mechanic Peli Motto in both Season 1 and Season 2 of the hit Star Wars show:

“I followed Amy Sedaris around like a puppy. [I was] like, ‘Hey again. I’m not leaving your side until you wrap,’ and she’s like, ‘Cool,’” Pascal says. “I love the Child — it really is adorable — and it is so fascinating to see it work, but somebody who makes you spit-laugh right into your helmet will always be my favorite thing.”

With rumors already swirling about what is set to happen — and what familiar Star Wars planets we might travel to — in The Mandalorian Season 3, there’s no doubt that Pascal’s run as Din Djarin is far from over.

Are you excited to see what happens to Grogu and Din next?