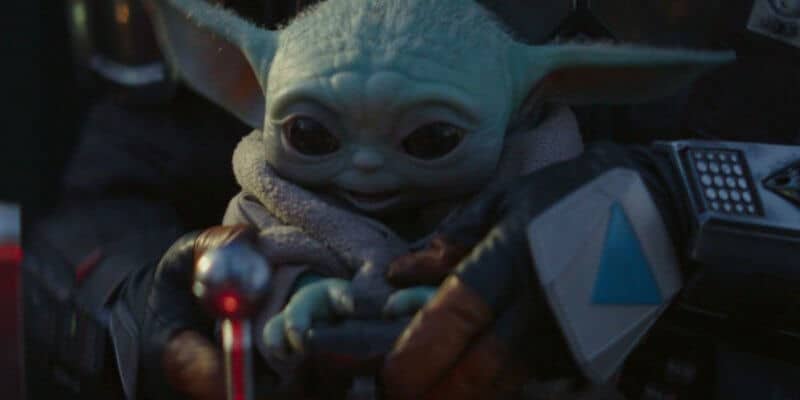 The Mandalorian Season 2 has been — arguably, at least — even better than Season 1 of the hit Disney+ Star Wars streaming series.

We started the season on the iconic planet of Tatooine — where we met Marshal Cobb Vanth (Timothy Olyphant), who hopefully shows-up again in Season 3 or Season 4 of the series, if he doesn’t get his own show — and caught a glimpse of Boba Fett (Temuera Morrison) before traveling through space on the Razorcrest with the Frog Lady character (and her now-famous eggs) in-tow.

Then, we really delved into this season’s main story arcs with the introduction of Bo-Katan Kryze (Katee Sackhoff) — who is on a quest to find the Darksaber and reunite the tribes of Mandalore. The Darksaber, as fans know from The Mandalorian’s Season 1 finale, is in the hands of Moff Gideon.

Gideon, as we discovered in Season 2, Episode 4 (Chapter 12: Sanctuary) has been at the helm of Dr. Pershing’s lab outside of Nevarro City. Here, there have apparently been experiments conducted using The Child’s blood — thanks to the tiny foundling’s incredibly high midi-chlorian count.

The discovery of this lab may even play into how the Star Wars sequel trilogy’s Supreme Leader Snoke came to exist.

Finally, in the most recent episode — Season 2, Episode 5 (Chapter 13: The Jedi) — Rosario Dawson made her long-awaited live-action debut as fan-favorite Ahsoka Tano from Star Wars: The Clone Wars.

Ahsoka shared never-before-known details about Baby Yoda’s history — including the fact that he has a real name and he was present on Coruscant during the execution of Order 66.

We’ve already unpacked a lot this season and we’re not done yet! Hal Hickel, visual effects animator for Lucasfilm’s Industrial Light & Magic (ILM), has taken to social media to promise fans a ‘rollercoaster’ ride during the final three episodes of The Mandalorian Season 2.

Y’all in for a rollercoaster these last three episodes. 🙂

Y’all in for a rollercoaster these last three episodes. 🙂 #Mandalorian

Since showrunner Jon Favreau, Dave Filoni, and the rest of the creative team behind the brilliance of The Mandalorian’s storytelling are notoriously tight-lipped about their characters’ plot lines, we can’t know for sure what will happen as this season draws to a close, but we can probably anticipate that Boba Fett will turn-up again somehow, Moff Gideon will continue seeking his revenge against Din Djarin (Pedro Pascal), and, maybe, Captain Rex will make his rumored appearance.

That’s a lot to pack into a few episodes — buckle up, Mando fans, here we go!

What do you think will happen in the last three episodes of The Mandalorian Season 2?

Comments Off on ‘Rollercoaster’ Ride Ahead For ‘Mandalorian’ Fans, Teases Lucasfilm