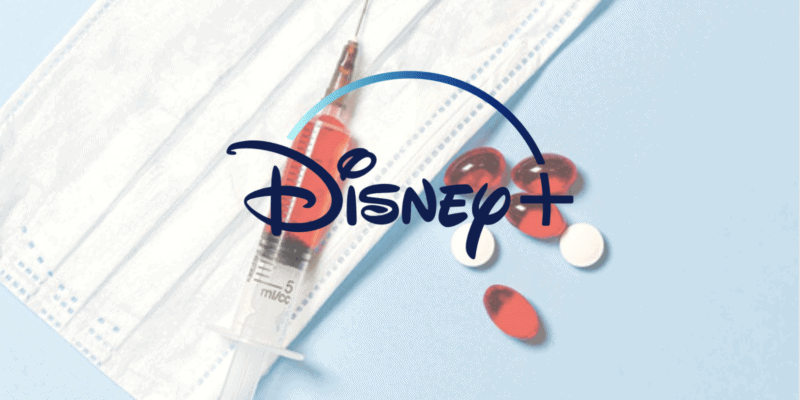 Today, Pfizer announced major progress on its COVID-19 vaccine, which has proven to be an impressive 90% effective at preventing the virus in recent trials.

Once the clinical trial phase has been completed, the drug company plans to roll out its coronavirus vaccine this year. Only a certain number of doses will, of course, be available at first — these are expected to go to people who fall into particular vaccine candidate groups, such as first responders and high-risk individuals.

While this news could portend excellent things for The Walt Disney Company’s struggling theme parks and Disney Cruise Line sectors, it may very well hurt the Disney+ streaming platform, which has been a lone bright spot for the company amid coronavirus shutdowns.

The Wrap reported details of what happened to streaming giants’ stock prices right after the vaccine efficacy announcement was made today:

Netflix shares quickly dropped 7% during the first 30 minutes of trading on Monday, followed by a slight recovery; the streaming giant was down about 4% an hour into trading, with its stock hovering near $495 per share. Roku’s share price also dropped 8% to $232.43.

Zoom, the popular video chat company, was hit even harder, falling 16% an hour into trading. The drop comes after Zoom has enjoyed a big 2020, as millions of workers have had to adopt to working-from-home and holding video meetings.

While the stock market is, of course, reactionary and many of these stock prices may ultimately rebound, this is an alarming trend for streaming companies, which have been enjoying a major moment of popularity as people self-quarantine in their homes.

In an interesting twist, AMC Entertainment stock surged today. As per The Wrap’s report:

This indicates that Wall Street expects people to return to movie theaters as soon as an effective vaccine hits the market. While this serves to reason, it’s still intriguing to see concrete DOW numbers that back this up.

Theaters — both chains like struggling AMC and independent establishments — have had a very difficult time staying afloat in recent months, particularly as major film production studios have sent highly-anticipated theatrical releases to their streaming services instead.

For its part, Walt Disney Studios has sent Magic Camp, The One and Only Ivan, the live-action Mulan, and, soon, Pixar’s Soul, directly to Disney+. All four of these movies were originally slated to debut in theaters.

While we will, of course, have to wait and see exactly how Pfizer’s vaccine progress plays out to know precisely how streaming video services and the movie theater industry will be impacted, it is certainly a situation worth watching — just as The Walt Disney Company promotes Kareem Daniel and shifts its entire focus to streaming, it looks like traditional theaters may be making a major comeback.

Do moviegoers still crave the magic of the silver screen? What do you think?