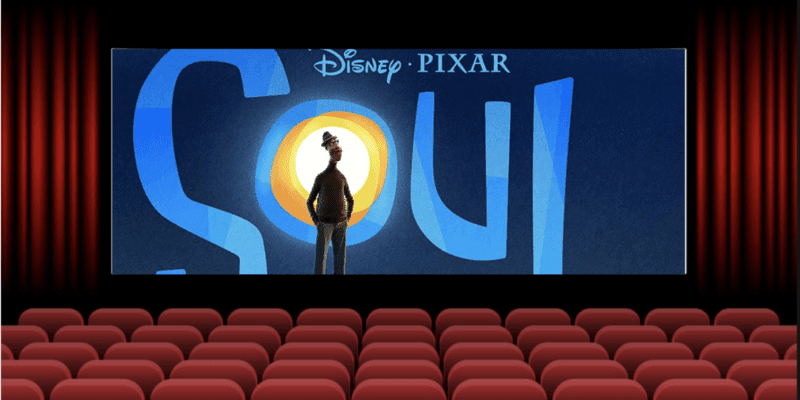 Last week, it was announced that Disney-Pixar’s latest venture Soul will be debuting on the Disney+ streaming platform on Christmas Day, December 25, instead of released to theaters on November 20 as scheduled.

Soul, originally slated for a June 19, 2020, theatrical debut, was, like most 2020 movies, a victim of the coronavirus pandemic. After Walt Disney Studios sent its live-action Mulan straight to the new Disney+ Premier Access tier in September, rumors swirled that Soul would follow suit.

Now that Disney has confirmed Soul’s streaming debut, movie theater owners are reportedly reeling from the announcement. 2020 has been a horrible year for the cinema industry, with North American giants like AMC Entertainment and Cinemark theatres struggling to survive.

According to a Yahoo! Entertainment report about Soul:

The International Union of Cinemas (UNIC), which reps the interests of trade associations and exhibition across 38 countries in Europe and neighboring regions, today said the Soul switch has “shocked and dismayed all cinema operators.”

In the statement (read it in full below), UNIC writes, “Cinema operators have invested massively in offering the safest possible experience to their audiences on the basis of a promising schedule of new film releases. Yet again, however, they find a distributor delivering another blow.”

In the United States, only one potential blockbuster, Warner Bros. Tenet by Christopher Nolan, has recently had a theatrical release; it performed dismally, which is likely the primary reason why other major motion picture studios, including Disney, are turning to streaming platforms at this time.

Americans, it seems, are simply not ready to return to movie theaters until COVID-19 has an effective cure or vaccine.

Soul will get a theatrical release in the offshore markets where Disney+ isn’t available, notably Central Europe. The streaming service is launching in Latin America next month. Mulan, for its part, made $67M in the international markets where it screened in theaters. About 61% of that came from China where Pixar has a spotty record.

What do you think about the movie theater industry’s reaction to Soul debuting on the Disney+ streaming service?