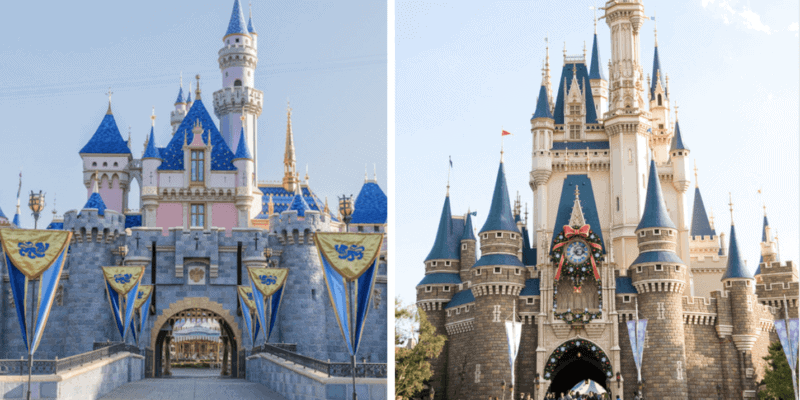 Currently, Disneyland Resort in Anaheim, California is the only Disney theme park property on earth that hasn’t begun its phased reopening process at any point.

Walt Disney World Resort in Florida and Disneyland Paris remain in the first stage of their reopening processes, while Shanghai Disneyland has moved onto the second phase of reopening. The Hong Kong Disney Resort is currently temporarily closed again due to COVID-19 after reopening for less than a month.

Tokyo Disneyland and Tokyo DisneySea began their phased reopening on July 1 and are expected to enter Phase 2 today, September 1. Some of the changes that are coming with the second phase included extended hours (9 AM to 9 PM local time) and the return of the Disney Light the Night nighttime fireworks spectacular.

According to an OC Register report about The Walt Disney Company’s overall theme park reopening process, the “second stage of the phased reopening of Tokyo Disney resort is expected to serve as a blueprint for Disney’s California parks once Disneyland and Disney California Adventure return following an extended coronavirus closure.”

Here, we look at what Tokyo’s Disneyland phased reopening changes could mean for Disneyland.

Timeline for the return of Disneyland’s nighttime spectaculars.

We already know that Disneyland Park and Disney California Adventure will open without certain experiences, including the Sleeping Beauty Castle fireworks and the popular Magic Happens parade.

As per OC Register’s article, “Those temporary changes could all come to an end approximately two months after Disneyland and DCA reopen if the California parks follow the Tokyo Disney model.”

It is important to remember that Disneyland officials have not indicated how long they expect to be in Phase 1 of their reopening process and much is likely to depend on California Governor Gavin Newsom’s regulations for theme parks in the state.

How character interactions will change.

One of the highlights of visiting any Disney theme park is interacting with various characters. One of my personal favorite things about Disneyland is how easily accessible characters are compared to other Disney Parks I have visited.

It’s not uncommon to run into your favorite characters wandering around Disneyland and Disney California Adventure, unlike Disney World and other parks where the best (and sometimes only) way to do meet-and-greets is to stand in line. You might even find yourself “kidnapped” by Woody for a few minutes!

Character experiences like this will not exist when Disneyland Resort reopens to the public. In addition to the mandatory face mask policy that will be in-place, Guests and Cast Members (including those in costume) will be required to practice social distancing measures.

As of today, Guests at Tokyo Disneyland and DisneySea have access to two new socially distanced character greetings that will run multiple times per day and will feature beloved Disney characters like Mickey Mouse, Minnie Mouse, Donald Duck, and Daisy Duck.

Disneyland and Disney California Adventure could also take a cue from Disneyland Paris and implement character selfie stations. These have been installed for the entirety of the European Disney Park’s phased reopening, so would likely be a Phase 1 addition at Disneyland Resort.

What to expect from character dining experiences.

Tokyo Disneyland and Tokyo DisneySea are currently offering modified character dining experiences, similar to those at Walt Disney World Resort. Rather than interacting with the characters up close, Guests are able to wave and take selfies from a safe physical distance.

At Tokyo’s Polynesian Terrace Restaurant, for example, Disney Parks Guests are treated to a dinner show where Chip, Dale, Mickey, Minnie, and more perform onstage away from diners’ tables.

Disneyland in California could implement similar character dining experiences at restaurants like The Golden Horseshoe, which already features a stage.

Now, all Disneyland Resort fans have to do is await an official reopening date from Walt Disney Company executives. Chairman, Disney Parks, Experiences and Products Josh D’Amaro says Disneyland is “ready to reopen” whenever Gov. Newsom gives the go-ahead!

How do you think the Tokyo Disneyland reopening will impact Disneyland Resort? Share your thoughts in the comments!

Comments Off on How Could Tokyo Disneyland’s Reopening Process Impact Disneyland?