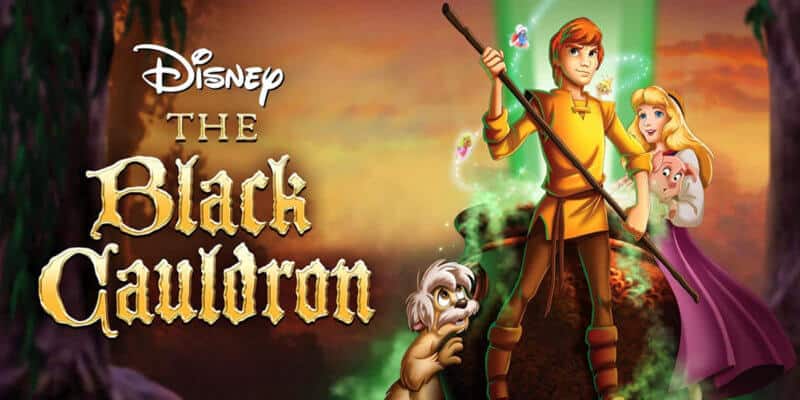 Disney is no stranger to live action remakes of some of their most beloved animated classics — Including The Lion King, Aladdin, Pete’s Dragon, The Jungle Book, the upcoming highly anticipated Mulan and many others.

But now it looks like Disney is adding yet another film to the list of developing live action movies as according to insider Daniel Richtman, the company is working on (and has already begun development of) a live action remake of The Black Cauldron.

As of right now, unfortunately not much is known about the remake of the upcoming film because it is in the very early stages of development. There is currently no known creative team or cast. We also aren’t sure if the live action The Black Cauldron will be a theatrical release or be released to Disney’s streaming service, Disney+.

It is also important to keep in mind that Disney has not yet spoken out on the live action The Black Cauldron and has not yet confirmed or denied the movie project.

More Information on The Black Cauldron

In case you haven’t yet seen the original Disney film, The Black Cauldron, according to What’s On Disney Plus here is the full description:

The original Black Cauldron movie was released in 1985 and was the first “PG” rated animated movie.  It was also the first Disney animated movie to feature computer generated graphics and at the time, it was the most expensive animated movie Disney had made, costing somewhere between $22 million and $44 million.  But it was a commercial failure, pulling in just $21 million at the US box office.

In the original animated movie, Taran is an assistant pigkeeper with boyish dreams of becoming a great warrior. However, he has to put the daydreaming aside when his charge, an oracular pig named Hen Wen, is kidnapped by an evil lord known as the Horned King. The villain hopes Hen will show him the way to The Black Cauldron, which has the power to create a giant army of unstoppable soldiers.

The original Disney film, The Black Cauldron, is currently available to stream on Disney+. If you are not yet signed up for the streaming service, you can get started here.

Would you like to see a new live action version of The Black Cauldron? Let us know in the comments.