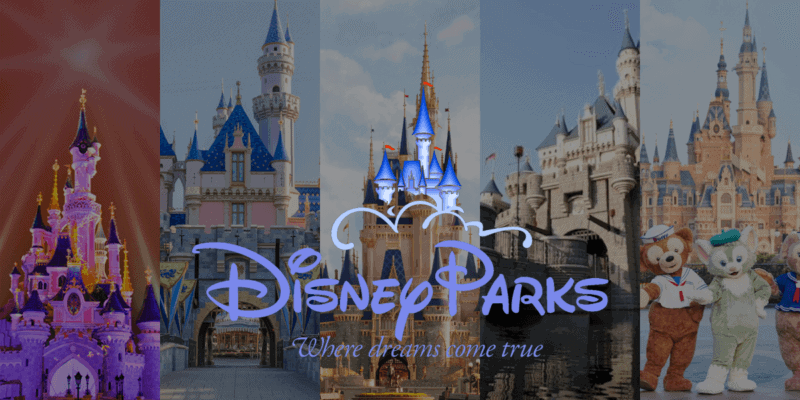 I mean, all of them, right?

Unsurprisingly, we at Inside the Magic are obsessed with all things Disney and theme park related, and we love each Disney resort and park equally. They’re all unique and all boast a special something that makes them distinct from other Disney parks and perfect for a specific kind of Disney vacation.

We’ve put together a breakdown explaining which park we think is best for each type of vacation. Bear in mind that all Disney parks and resorts are perfect for just about any occasion, these are just our suggestions for Disney fans looking for something specific from their Disney vacations.

Whatever your Disney vacation plans look like, we’ve got you covered.

Related: When Will Each Disney Park Reopen? Here’s Everything We Know

There’s a reason that Walt Disney World in Orlando has become a staple vacation spot for families across the globe. Four theme parks, two water parks, golf courses, and of course, EPCOT’s annual festivals as well as countless food and drink options make Walt Disney World in Orlando one of the most versatile vacation experiences in the world. It’s an excellent place for all kinds of vacations, but it’s excellent as a kid’s first Disney experience. I mean, Animal Kingdom, EPCOT, Hollywood Studios, Blizzard Beach, Typhoon Lagoon, AND Magic Kingdom all in one resort? Yeah, I think that’ll keep them entertained. Throw in Disney Springs for the definitive shopping experience and the option of Universal Orlando Resort just a few miles away and you have a powerhouse family vacation.

Disney’s newest resort is great for families and couples alike, but if you’re a serious traveler looking for a Disney-fix while traversing Asia, Shanghai Disneyland is the park for you. Shanghai is a must if you’re taking on China and the Shanghai Disney Resort is accessible via the main method of transportation in the city; the metro. This amazingly accessible park is an injection of all things Disney right in the heart of China. It boasts unique attractions like TRON Lightcycle Power Run and the most ambitious Pirates of the Caribbean out there, to name just two. Within its parades and Disney dining options, you’ll find a blend of both Western and Eastern options. Restaurants like Lost Heaven Yunnan Kitchen will allow you to be more adventurous, while eateries like the Cheesecake Factory will give you a taste of home.

Tokyo Disney Resort has a reputation as one of the finest theme park resorts in the world for good reason. Tokyo Disneyland is often voted as one of the best Disneylands out there, holding its own alongside The Magic Kingdom and the original California resort. However, it’s its second park, DisneySea that captured the hearts and minds of its guests and cemented Tokyo Disney Resort as the perfect Disney vacation for every thrill seeker and theme park lover. This absurdly well-themed park focuses on water as its core motif and boasts some of the best rides that the Walt Disney Company has to offer, including 20,000 Leagues Under the Sea, Journey to the Centre of the Earth, and of course, its own sensational Tower of Terror.

It’ll come as no surprise that Disneyland Resort in California is our recommendation for a Walt Disney fanatic’s vacation of choice. The original Disneyland park is an absolute must for any lover of vintage theme parks, iconography, and classic Disney properties. Though many attractions have been updated, you’ll find countless time capsules of the Disney of the past; rides like Pirates of the Caribbean, The Haunted Mansion, and much, much more are just waiting to be explored and investigated. It’s the perfect holiday for any Dis-nerds like me who spend time looking out for hidden Mickeys and Club 33 clues. It’s also got the highest concentration of Disney magic in the world. FACT.

A bit of a no-brainer, but is there really a better honeymoon destination than Hawaii? The stunning Aulani spa resort might be a good option for some families, but for honeymooners, it’s essential. Where else will you get the magic of spa treatment and insanely beautiful beaches and infinity pools, all with a Disney coat of paint? Throw in sports, views, excursions, island-hopping, and of course, character experiences with your favorite Disney pals and you have the honeymoon of a lifetime.

It’s no secret that Hong Kong makes an excellent stopover for long-haul trips and Hong Kong Disneyland is the perfect way to spend a few days to cut down the huge flight time of say, London to Australia. One of the smallest Disney Resorts boasts a charming Disneyland park that is ideal for mini-breaks. You’ll find Disney classics like It’s a Small World, as well as swanky hotels like the iconic Disneyland Hotel and Disney’s Hollywood Hotel. Both are perfect for short stays, but that’s not to say you couldn’t have an amazing time here on a longer trip! Keep an eye on its Sleeping Beauty Castle too, as it’s currently undergoing a radical transformation. Book your theme park tickets for your Hong Kong Disney vacation when park tickets are eventually available again!

While you can’t beat the Hawaiian resort for a honeymoon, you can’t get much better than Paris for a romantic getaway vacation! The beautifully unique Sleeping Beauty castle is the icing on the amorous cake when it comes to Disneyland Paris. Both theme parks are full of incredibly fun rides like Discoveryland’s intense take on Hyperspace Mountain as well as the creepiest Haunted Mansion (known as Phantom Manor) that’ll surely encourage some close cuddling. You’ll also find welcome infusions of French culture, like a good selection of wine and excellent food, cooked to a beautiful standard. In terms of hotels, we recommend the Sequoia Lodge Hotel in the Winter and Disney’s Newport Bay Hotel for a Summer vacation. Watching the nightly fireworks show together will be a magical end to what is sure to be a stunning Disney vacation.

As we said, you will undoubtedly have an amazing trip at any Disney park on just about any occasion; these are just our recommendations! Oh, and if you like cruises and you’re reading this page we recommend a Disney cruise. Shocker.

Which Disney resort and park is your favorite? Do you agree with our suggestions? Have you taken a vacation to any of these parks? Are you planning a world vacation around every Disney resort?! Let us know in the comments below.