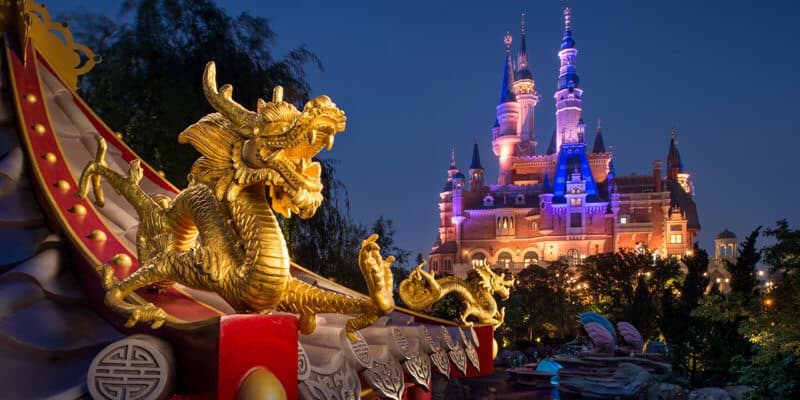 We are all keen to get back to our favorite ride, attraction, and restaurant in our local Disney park. The closure of the world’s businesses and the subsequent frozen national economies thanks to the coronavirus has presented a worldwide crisis unseen in the modern economic landscape.

With that in mind, we’ve sorted through piles of sources, both Disney related and otherwise to provide all of the current information as of May 7th that will influence when each Disney park is likely to reopen.

Ok, so let’s get the easy one out of the way first. As reported on Tuesday, Shanghai Disneyland is reopening this coming Monday 11th May.

China has started to ease lockdown restrictions and as such, Disney officials at The Walt Disney Company have chosen to reopen the park with social distancing and health and safety measures implemented to continue to limit the spread of the virus which is allegedly starting to plateau in China. This includes features like additional hand sanitizer stations and facemasks.

Whether you agree or disagree with this decision, Shanghai Disneyland is the first Disney park that is confirmed to be reopening.

The park has just been confirmed to have limited opening hours, entertainment, and attendance.

One of our writers has already written a piece stating why he thinks Walt Disney World will be the next Disney park to reopen with some compelling arguments. Scientists have been consistently puzzled by the slow spread of the coronavirus in Florida, a fact that Governor DeSantis seems to have taken as a personal victory. In a recent press conference, DeSantis stated:

DeSantis has since announced that small businesses would start to reopen from Monday 4th May as the State entered Phase 1 of America’s reopening strategy. It stands to reason then that Walt Disney World will be the next park to reopen as Florida slowly but surely starts to allow businesses to start trading again. At the moment, social distancing measures are to be strictly implemented and restaurants in Orlando are to remain at 50% capacity.

Disney Springs has also just announced it will reopen in just 2 weeks’ time.  No opening date has been given for The Walt Disney World Resort at the time of writing, but Orlando and the rest of Florida seem to be the closest to getting back on track.

During a different Task Force meeting regarding the reopening Central Florida, it was announced that the reopening of Florida’s theme parks will be up to Disney, not Florida.

“Theme parks and other venues of that magnitude shall each develop their own specific and unique set of guidelines following the CDC recommendations and using best practices that will protect the life, health, and safety of their employees and guests. They will be permitted to open at their own discretion with their internally determined level of safe capacities throughout the various [reopening] phases.”

We also learned that when the park does open, attractions may have limited capacity.

When will California Disneyland Resort reopen?

President Trump’s insistence on reopening businesses seems to indicate that America is getting ready to reopen, but of course, this will vary State by State. With that said, we can likely expect both American Disney Resorts to take Shanghai’s lead and open with preventative measures to ensure that people stay safe in the parks. While California and Florida are very different places, it does seem a fair bet to assume that Disneyland Resort could be the third park to reopen after Shanghai and Walt Disney World.

‘I think they’re starting to feel good now. The country’s opening again. We saved millions of lives, I think,’ Trump told the New York Post. ‘You have to be careful, but you have to get back to work,’ he said. ‘People want the country open… I guess we have 38 states that are either opening or are very close.’

However, California Governor Gavin Newsom told The Guardian that the State is ‘not out of the woods yet’. He’s also been consistently cautious about allowing large gatherings of people. That statement was made in mid-April when the paper also reported that analysts predicted the peak of the virus in California to present itself in mid-late May.

Under the current state plan, Disneyland still looks to be reopened within phases 3 or 4.

Today, Disney construction crews were spotted doing essential work to the park, and Disneyland has removed park hours through May 30th. 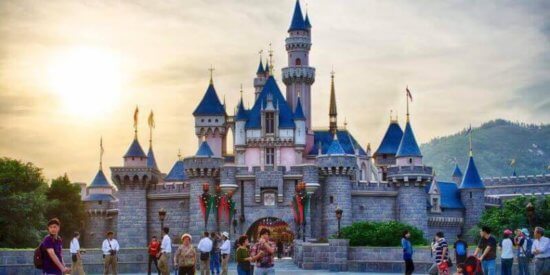 Hong Kong Disneyland is in a unique situation compared to its fellow Disney parks. In addition to the health crisis, Hong Kong has to contend with political riots that started before the virus broke out and are still ongoing today.

However, it is also the park that has been seen to be taking the most proactive action to get its Disneyland park back up and running. Just last week it trialed character dining ahead of restrictions being lifted and trial queues that implement social distancing have been on the cards for weeks. And that’s to say nothing of the economy.

The South China Morning Post reported on May 5th that Hong Kong will be relaxing some of its social distancing rules as the city has seen a record 8.9% economy slump, which is worse than the 8.3% decrease seen during the 1998 Asian Financial Crisis. Of course, every economy has taken a significant hit so that isn’t a cut and dry reason, but a loss not seen since the late 90s is unprecedented and is no doubt a big incentive to get Hong Kong open again.

While the reopening of Shanghai Disneyland might seem to be an indicator of what Disney and the Hong Kong theme park will do next, remember that the city has a unique relationship with China and retains autonomy from the mainland.

When will Disneyland Paris reopen?

France 24 reports that the country is due to slowly start easing out of its lockdown from the 11th May (the same day that Disneyland Shanghai reopens). While this could mean good news for Disneyland Paris, it’s currently unclear how swiftly the move out of the lockdown will actually be.

Like in Shanghai Disneyland, we assume that when the French Government begins to reopen businesses, Disneyland Paris will likely follow suit, albeit with strict social distancing and health and safety measures implemented. However, when that will be is another matter, as construction on Paris’ Walt Disney Studios has remained halted.

It’s worth noting that there’s been significant backlash to the 11th May date, including from the Mayor of Paris who said that the city needs more time before reopening schools. President Macron has also been clear that the reopening will be in ‘green areas’ on a voluntary basis, and will be very gradual. ‘Green areas’ almost certainly don’t include Paris.

When will Tokyo Disney Resort reopen?

Japan’s Prime Minister announced on Monday that the country’s state of emergency would be extended until the end of May, so at the absolute earliest, it’s going to be June.

The Guardian reports that as part of this move Tokyo residents are expected to cut down on all non-essential contact and exercise to minimize the risk of a second wave. The number of deaths associated with the pandemic has risen steadily from March into April, so we don’t expect businesses or theme parks to be open any time in the immediate future.

Bear in mind as well that Disney has no say when this park reopens as it is operated by the Oriental Land Company, a Japanese company.

So that’s the status of every Disney park in the current light of the coronavirus pandemic as of May 7th. While we can’t wait to get to our favorite Disney theme park, it is, of course, paramount that we all take social distancing and all measures to prevent the spread of the novel virus very seriously. Bob Iger and Chapek will only reopen Disney theme parks and resorts when it is safe to do so.

Until then fellow Disney fans, sit back any binge your favorite show on Disney Plus. The wait will be worth it to keep us all safe. Hopefully, we can soon report on every Disney park reopening. Until then, keep dreaming of the Magic Kingdom and all of Florida’s theme parks, or whichever park you call home. Let’s see this pandemic through together as a Disney community.

Inside the Magic will continue to update our website with the most up-to-date information as more official news is released by Disney.

When do you think that each Disney park will reopen? What social distancing measures will be introduced to combat the coronavirus? Let us know in the comments below.