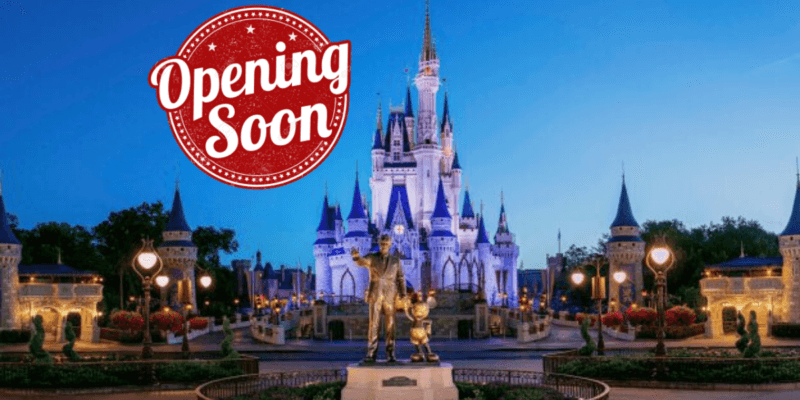 But now the question is which Disney Parks and Resorts will reopen second? My bet is on the Walt Disney World Resort in Orlando, Florida.

Why Disney World? Because it is the resort closest to meeting the same standards as those reached by Shanghai Disney Resort — in my opinion, most importantly these two:

Chapek’s announcement read as the following:

“In light of the lifting of certain restrictions in recent weeks, and the successful reopening of our park adjacent retail and food and beverage area, DisneyTown, we and our government partners, Shanghai Shendi Group, plan to open Shanghai Disneyland on May 11.”

So, the two biggest proponents of the reopening being the government’s confidence to lift restrictions around large gatherings of people, and proven success of DisneyTown’s reopening. No other Disney resort is as close to reaching that situation than Walt Disney World. 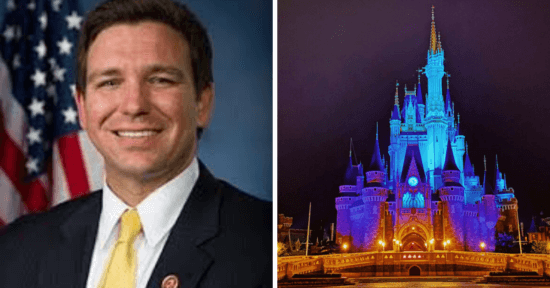 Florida has been both praised and ridiculed for its eagerness to get back to work. As of Monday, May 4, businesses across the state once shuttered began to reopen at limited capacity, including restaurants. Florida Governor, Ron DeSantis, also stated that Disney World is ahead of the curve when it comes to reopening preparedness:

“It’s amazing the ideas that the businesses are already thinking about. They’ve been thinking deeply about this for weeks and weeks… there’s a lot of great ideas that I’ve already seen put on the table. I’m in discussions with places like Disney. They are so far ahead of the curve, and I think everyone wants to make sure we do it safely.”

What is more, is that Florida’s Orange County Mayor Jerry L. Demings will allow Walt Disney World to create their own protocols for reopening, so long as they continue to follow CDC recommendations, explaining that “when you look at those large theme parks, they are like cities under themselves.”

With restaurants able to reopen, Disney World’s shopping and dining district, Disney Springs, is showing signs of life once again. Florida entered Phase 1 of America’s reopening strategy on Monday, May 4, which allows for “nonessential businesses” like restaurants and retail stores to reopen under certain restrictions. Those restrictions include, but are not limited to:

Restaurants must also remain at 50% normal capacity. Cast Members and Delivery Trucks have been spotted at the shopping and retail district as it, undoubtedly gets geared up for its reopening.

What about the other resorts?

The only Disney resort that could be argued is ahead of Disney World in the reopening race is Hong Kong Disneyland. The resort is testing reopening strategies and they even tested the “new normal” for character dining experiences the weekend of May 1.

But, when looking at the continued government restrictions, and Disney’s current situation in Hong Kong (which includes an entire section of property on loan to the government for a quarantine facility), I fail to be convinced that they will be ready to reopen next. Remember that Hong Kong still retains high levels of autonomy from Mainland China and the Chinese Communist Party, meaning that Hong Kong Disneyland is under different standards than Shanghai Disneyland.

The Walt Disney Company will not be able to decide when Tokyo Disneyland or Tokyo DisneySea will reopen. The resort is operated by the Japanese Corporation, The Oriental Land Company. That being said, Japan’s government declared a State of Emergency at the beginning of April which prompted a response from Tokyo Disney. Rather than reopening on April 20, the resort will remain closed indefinitely, and a reopening date would not be considered until mid-May.

Now, while Shanghai, Hong Kong, and Walt Disney World, look to prelude full reopening with testing park-adjacent activities, there is no such sign from Tokyo. It seems as though we’ve seen the opposite. Last month, police arrested a teenager for trespassing on Tokyo Disney’s closed shopping and dining district, Ikspiari.

The most beautiful theme park in the Disney family remains temporarily closed until further notice. Park-adjacent activities also remain shuttered as “The Art of Marvel” exposition planned to be held at Disneyland Paris‘ Hotel New York was delayed. Disneyland Paris has also recently ceased all construction on its second park, Walt Disney Studios, backing the possibility of an extended closure. The opening of Disney’s Hotel New York – The Art of Marvel is also delayed.

Related: Will Your Disneyland Paris Trip be Canceled? What You Need to Know

Disney’s first resort is also showing some promise of reopening soon, California Governor Newsom’s continued stance against large gatherings suggests a further delay in Disneyland’s reopening. When Inside the Magic covered California’s state update, we shared that California’s reopening plan is divided into four stages. Under this plan, the reopening of Disneyland and other theme parks would be grouped into stages 3 or 4.

But California’s reopening strategy differs from Florida’s in when they will each allow the reopening of retail shops and restaurants. At this time, Disney has not publicly shared any plans to reopen Downtown Disney, just as they have not publicly shared any plans to reopen Disney Springs. However, Florida’s phase 1 of reopening–which began Monday, May 4–allows for restaurants and retail shops to reopen at some capacity. California’s phase 1 of reopening does not. Because of that difference in timelines, no such activities alluding to reopening–like those we’ve reported happening at Disney Springs–have been reported at Downtown Disney.

The Beginning of the End

There will come a day when every Disney theme park and resort around the world will be reopened, creating magical moments for their guests once again. The limited reopening of the Shanghai Disney Resort is the beginning of the end of an unprecedented closure period. The other proverbial dominoes will start to fall in due time. But after observing the recent news of each resort and the level of confidence being conveyed by their respective governments, I am convinced that the next Disney resort to reopen will the Walt Disney World Resort in Orlando, Florida.

Which Disney theme park and resort do you think will open up after Shanghai? When do you think the next opening date will be announced? Let us know in the comments!

Comments Off on OpEd: Why Walt Disney World Will Be the Second Resort to Reopen after Shanghai