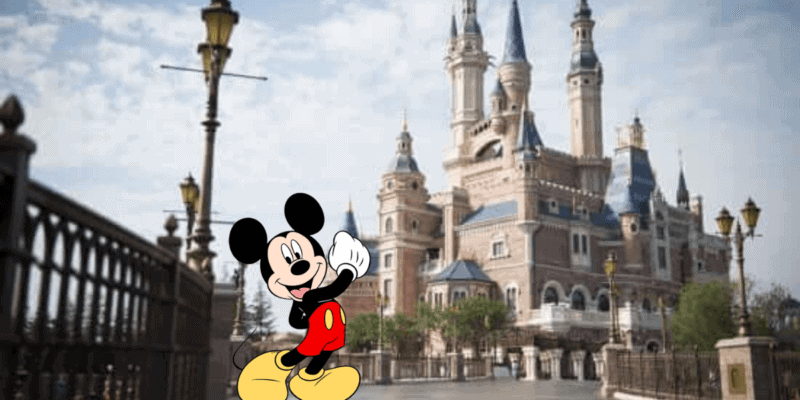 Shanghai Disney Resort confirmed today the announcement made by Disney CEO, Bob Chapek on May 5, 2020, that it will begin reopening on Monday, May 11.

However, Disney’s only theme park in Mainland China will be operating far short of its pre-pandemic full capacity, initially restricted to limited hours and attendance capacity.

Shanghai Disneyland theme park will officially reopen to the public on May 11, 2020. The initial park reopening will demonstrate a deliberate approach, drawing on the experience from the successful reopening of Disneytown, Wishing Star Park and Shanghai Disneyland Hotel in early March, and implement enhanced health and safety measures.

During this initial reopening phase, the park will institute new measures and procedures, including opening with limited attendance and required advanced ticketing and reservations, accommodating social distancing in queues, restaurants, ride vehicles and other facilities throughout the park, and implementing increased frequency of sanitization and disinfection.

Ticket sales will be available via the resort’s official online channels and official travel partners’ channels beginning on May 8 at 8:00 a.m., with a limited number of tickets available each day during the initial reopening. Guests are required to purchase dated admission tickets prior to their arrival, and Annual Pass holders must make a reservation for their visit date and time through the resort’s official online channels before their visit to the park. During this “Advanced Reservation Period,” General Admission tickets for Shanghai Disneyland will not be accepted.

That last paragraph of Disney’s announcement is the most crucial in understanding the limitations under which Shanghai Disneyland will be operating. Looking back to announcements made by Chapek during the investors’ call, he confirmed that the park would only be able to operate at 30% capacity as ordered by the local government. However, they planned to operate much lower than that at first.

But Shanghai Disneyland is not isolated by any means. Just because only a fraction of attendants will gain access to the park, does not mean that the expected demand would not create a mass of congestion outside the gates.

So, Disney has decided to test dated tickets. As in, you can only arrive to the park on the date printed on your ticket. Annual Passholders will also no longer have the free reign they once had. they will have to make reservations to be granted entry. Therefore, the general admission tickets purchased before the pandemic-induced closure will not be accepted.

There will also be no parades and no nighttime entertainment such as the fireworks show.

The following attractions will also be closed upon reopening:

There is no word at this time on when those attractions, parades, and fireworks will resume.

Realted: OpEd: Why Walt Disney World Will Be the Second Resort to Reopen after Shanghai

Comments Off on Shanghai Disneyland to Have Limited Hours, Entertainment and Attendance