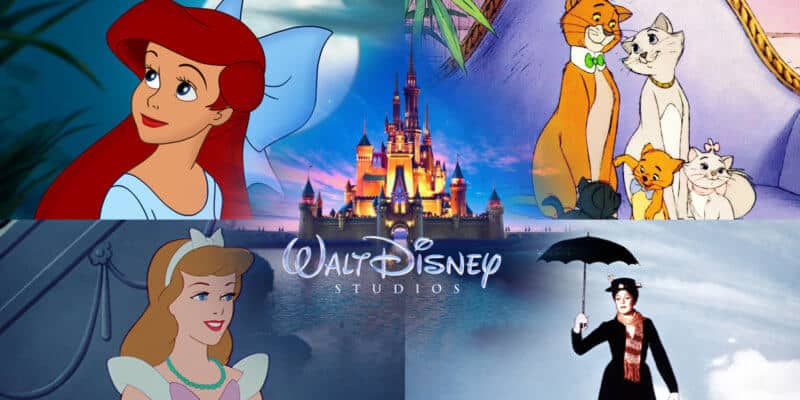 I think I can speak for most Disney fans by saying that when watching a Disney movie it’s hard not to feel good as they’re full of heroism, humor, fantasy, and so many other pieces of magic. And according to a new study, it seems Disney fans are not the only people being positively affected by these films as they’ve also been found to improve the well-being of cancer patients.

More Magic: The 24 Most Underrated Disney Movies of All Time

A recent study in Austria sought out to find the effects of watching these childhood movies while undergoing chemotherapy and the results were pretty magical.

“Watching Disney movies during chemotherapy may be associated with improvements in quality of life in patients with gynecologic cancer,” they said in the paper. Additionally, it was found those who watched the movies during their treatment felt better than those in the control group who were not watching the movies as it related to emotional functional, social functioning, and fatigue, as stated in the study published in JAMA Network.

Read More: What We Want To See From Disney+’s Future

For those wondering what specific films participants watched during their treatment, the researchers at the Medical University of Vienna chose older movies between 1950 and 1989 because they wanted “…to bring patients into the happier past…There is a certain nostalgia about Disney movies, with their familiar characters and songs, that may help alleviate the fear of the present.”

These movies included Cinderella, Lady and the Tramp, The Sword in the Stone, Mary Poppins, The Jungle Book, Aristocats, Robin Hood, and The Little Mermaid.

Read More Magic: Get Cozy With Disney+ This Valentine’s Day

The trial involved 56 female patients with gynecologic cancer. 50 of these patients completed the trial from December 2017 to December 2018. Twenty-five watched a Disney film during chemotherapy, while 25 in the control group did not watch any movie during their treatment.

Before and after treatments, participants were asked to answer standardized questionnaires from the European Organization for Research and Treatment of Cancer, which found that those who were exposed to Disney movies ultimately “felt less tense and worried less.”

Additionally, it was found that this intervention “led to fewer symptoms of fatigue, such as exhaustion, tiredness, and frustration, so patients felt less helpless,” researchers noted.

Researchers believe these films improved the patients’ well-being because they typically lasted a third of their chemo sessions, which was thought to take their minds off their treatment.

Also, themes in Disney movies usually “tell stories of surmounting difficulties without necessarily resolving them. They are more about accepting change than about heroically overcoming all odds. Death and loss are omnipresent in Disney movies, and they are even applied to teach children to cope with tragedy,” the researchers said.

The researchers continued, saying: “Known positive coping strategies, such as accepting support from friends and loved ones or active problem-solving, are frequently found in [Walt Disney’s] movies. This may be a reason for the increase in social functioning scores in our data.”

Related: Study Finds That Planning a Disney Trip Will Make You Happier

What are your thoughts on these movies helping the well-being of cancer patients? Let us know in the comments!