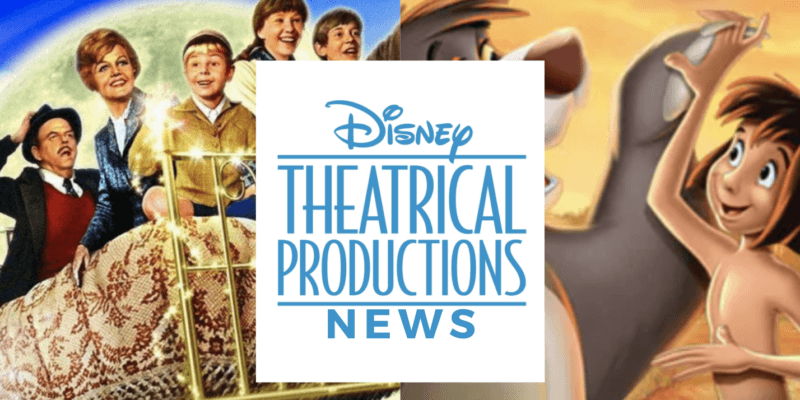 Although Disney Theatrical Productions has announced the permanent shut down of its Frozen Broadway musical due to the pandemic, there is also good news for Disney live stage production fans.

The New York Times reports that in a letter to staff members, President of Disney Theatrical Productions Thomas Schumacher outlined the Walt Disney Company’s upcoming plans to continue their work in the live theatre business. Schumacher penned, “we remain committed to developing and producing stage musicals for a long time to come.”

He then outlined numerous off-Broadway and Disney touring productions that are coming down the pipeline in 2021 and beyond. First, a brand new stage version of Beauty and the Beast, developed by the original Broadway production’s creative team, will open internationally in 2021 and in the United States in 2022.

Furthermore, Schumacher announced that Disney is working on a smaller touring adaptation of its ever-popular Aladdin stage show and that Frozen’s touring production will also continue.

Perhaps the most major news, however, is that Disney Theatrical Productions will be bringing two brand new stories to life onstage in the near future. A live stage show adaptation of  The Jungle Book, directed by Christopher Gattelli and a score by Richard Sherman, is in the works. A new Bedknobs and Broomsticks production is also currently in development.

In addition to all of these projects, the Robert Horn, Alan Menken, and David Zippel-led Hercules revival is still expected to open in New York City after theaters are allowed to accept patrons. This version of Hercules did well at the Delacorte Theater in summer 2019.

Even though Frozen will no longer be running on Broadway, Disney theatre production fans will still be able to see Disney’s other two Broadway shows, Aladdin and The Lion King, at their respective theaters. The Broadway League has announced that all Broadway productions will currently be shuttered until at least Labor Day.

Are you excited about the latest Walt Disney Company theatrical news? Which of these new Disney stage shows are you most excited to see?