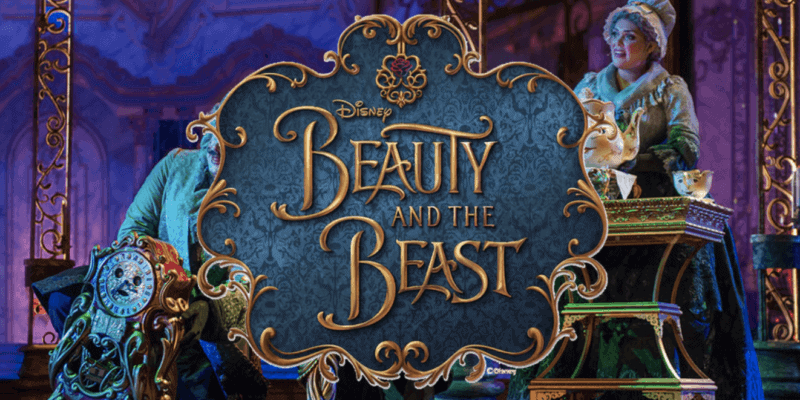 Since this award-winning Disney Cruise Line show at the onboard Walt Disney Theatre is based on the 2017 Beauty and the Beast movie, it features both classic songs, like Be Our Guest, and new favorites, including the hauntingly beautiful Evermore.

Now, Disney Magic Moments has shared a never-before-seen video of the DCL Beauty and the Beast performance, featuring all of the highlights from the cast’s very first show on the Disney Dream ship!

Journey into Belle’s enchanted world in this 20-minute look at the Disney Dream’s Broadway worthy production. You’ll be transported with incredibly choreographed musical numbers and great dialogue, including comic relief from Lumiere and Cogsworth.

In 2018, Disney Cruise Line’s Beauty and the Beast live show was named the Best Theatrical Performance by the esteemed International Association of Amusement Parks and Attractions (IAAPA). It became the first cruise ship production to ever secure this honor.

Even though the CDC has just announced that all cruise lines, including the Walt Disney Company fleet of ships, are now required to suspend all sailings for at least 100 days, this Disney Magic Moment is a wonderful way to pass the time until your next DCL adventure!

We’ll be back on Castaway Cay with the Disney Dream soon enough, but until then, Disney invites you to “be their guest” with this glimpse of Disney Cruise Line’s Beauty and Beast show online!

While you watch this magical musical, whip up a batch of Disney’s famous “Grey Stuff” to enjoy. You can also make Walt Disney World’s LeFou’s Brew at home with just a few ingredients. These delicious Disney treats are sure to make you feel like you’re actually visiting Beast’s castle!

Let the experts at Academy Travel help you book a Disney Cruise Line vacation as soon as sailings resume! They’ll help you plan a stress-free trip, from picking the perfect stateroom to selecting which Disney cruise ship is right for your family. Contact them for a free quote!