OpEd: What Makes a Film a Disney Movie? - Inside the Magic 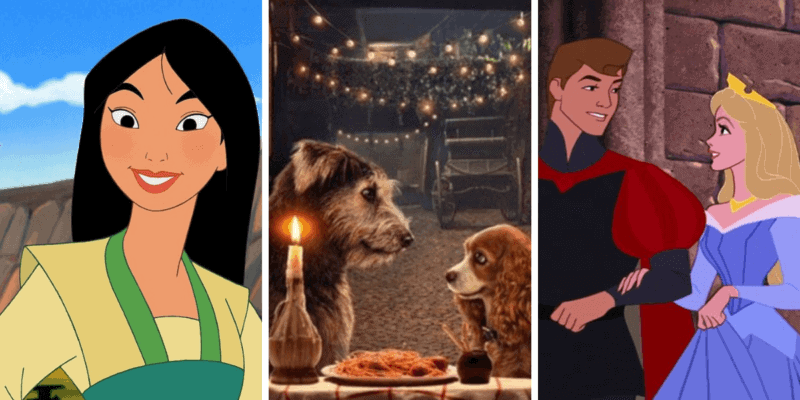 What is a Disney Movie?

Umm, a movie made by Disney, right? Well, yes. But also, no. For our purposes, we’re going to be discussing the 58 current Disney animated classics as well as their live action remakes and a handful of other movies like Enchanted. Our main criteria has less to do with plot and setting as it does tone and message.

In this sense, the more edgy Disney owned properties like the Star Wars saga and the Marvel Cinematic Universe movies are not included.

This applies doubly for films that are merely produced by Walt Disney Studios / Buena Vista Pictures. These are films that Disney didn’t create under the Disney brand, but simply produced. As such, there’s a whole host of R- Rated movies like Pretty Woman and Tombstone that are absolutely not ‘Disney movies‘ by our definition.

Related: Everything to Know About ‘The Black Cauldron’

So Any Film That Stars a Princess is a Disney Movie, Right?

You’re absolutely right! A vast number of Disney animated classics star a Disney princess as their protagonist and they’re very often the namesake of the film too. Mulan, Pocahontas, Cinderella; the list goes on.

However, just starring a princess does not a Disney movie make. Some of the most iconic Disney films ever made like Big Hero 6, Winnie the Pooh, and Lilo and Stitch have zilch to do with princesses and castles. True, films like The Hunchback of Notre Dame still feature a prominent heroine in a leading role, but even that isn’t a completely essential element of a Disney film.

Related: How Much Are Your Vintage Disney VHS Tapes Really Worth?

Ok, So Does the Animation Style Make it a Disney Movie? 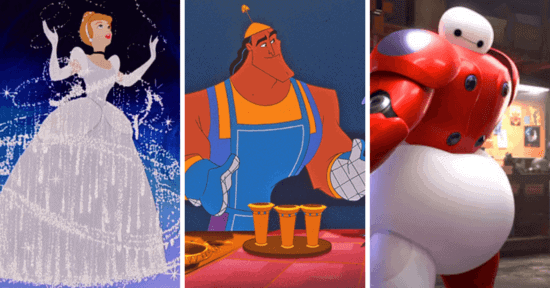 That’s a little more tricky. While there is absolutely a recognizable ‘Disney style’, the studio experiments with it quite a bit. Firstly, there’s the obvious differences between live action, 2D animation (also known as traditional animation), and 3D animation. Saving Mr. Banks, The Princess and the Frog, and Tangled all look completely disparate, yet they’re clearly all Disney movies.

Then you get more refined differences. Many of the 2D animated classics take inspiration from whichever country’s culture the film is set in. As a result, Incan inspired The Emperor’s New Groove looks completely different to the Chinese watercolors of Mulan or the traditional Germanic fairytale aesthetic of Cinderella.

However, Disney as a rule avoids unappealing designs for its protagonists, creating an aesthetic that makes it immediately obvious who the villains will be. That was, until Frozen. Prior to Frozen, you could usually spot a Disney villain a mile away as either:

b) a scheming woman like Mother Gothel or Cruella De Vil, or

c) an other worldly creature like Ursula or Maleficent.

There are exceptions like Scar and Jafar, of course, but Hans really redefined the Disney cliché by having the villain appear to be a male protagonist.

So, What Makes a Disney movie a Disney Movie Then? 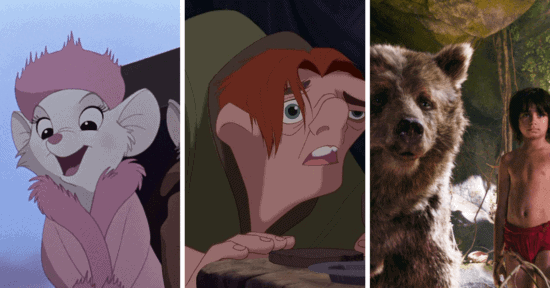 If you ask us, what really makes a Disney movie a Disney movie is something far less tangible. It’s about the lessons that the films impart, the tone, and the narrative structure.

Without a doubt, the most unifying factor across all Disney movies is the finale, which is almost universally an uplifting word of hope, that good will prevail and evil will fail. Almost every Disney film ends with (a sometimes brutal) punishment for the evildoer while the heroes (say it with me) live happily ever after.

In very rare circumstances like Cinderella II: Dreams Come True a former villain might find some kind of redemption, but most of the time they’re not surviving for the sequel.

This one kind of goes hand in hand with the ending, but the tone of a Disney film is incredibly important. While almost all Disney films have that ‘oh no’ moment, very few are outright bleak. Notable exceptions may include The Black Cauldron and Pinocchio, but even those films have a happy ending.

It’s no surprise that Disney has been dubbed the happiest place on Earth when all of its films are so darn cheery. This escapist atmosphere that creates a land where justice is handed it to those who deserve it and anybody can become a princess is undoubtedly a big factor behind the company’s lasting success.

Again, this one goes hand in hand with the other two. It took a while, but throughout the 80s and 90s and especially since The Little Mermaid has had a pretty consistent narrative structure that can be seen across most Disney animation and live action movies;

Let’s look at The Hunchback of Notre Dame as an example:

Prologue and meet Quasimodo establishing his and Frollo’s character -> Quasi sings ‘Out There’ and sneaks into the festival of fools -> he meets Esmerelda and begins to understand the world better and falls in love with her -> Frollo captures Esmerelda and leaves Quasi in chains -> Quasi escapes, saves Esmerelda and Frollo falls to his death. While Esmerelda doesn’t reciprocate his feelings, he is accepted by society and is no longer an outcast.

Obviously, this isn’t a 100% accurate science, but it’s surprising how many Disney films tend to follow this pattern! Even a Disney classic movie like The Jungle Book mostly follows this; it’s wild!

You can argue that films like Big Hero 6 or Zootopia might not fit in so well with the other criteria, there’s no denying that what makes a Disney film is the message behind it.

From the beginning, Walt Disney movies were there to make people feel good while also learning important life lessons. The Lion King taught us to forgive ourselves and move on, Bambi showed us that life can be tough, Hercules taught us what real selflessness means and the list goes on. Love it or hate it, even the live action remake of Beauty and the Beast

The reason that every kid grows up watching Disney isn’t just because they don’t contain cursing, sexual content, or violence (ok, that certainly does help though). The real reason is the good morals that they teach us and the values that they instill. Why else would these characters appear in each theme park so prevalently? It’s because they’re timeless and actively beneficial for kids to see and learn from.

That, for us at least, is what truly makes a Disney film a Disney film. It’s the movie studio that turns fairy tales and folklore into life lessons. Long may that continue.

The only Disney film and Disney animated classic that this doesn’t really apply to is Fantasia, though you could argue The Sorcerer’s Apprentice teaches something about tough love, but that’s a discussion for another day!

And don’t get us started on Pixar!

What criteria makes a Disney film to you? Let us know in the comments!

Comments Off on OpEd: What Makes a Film a Disney Movie?