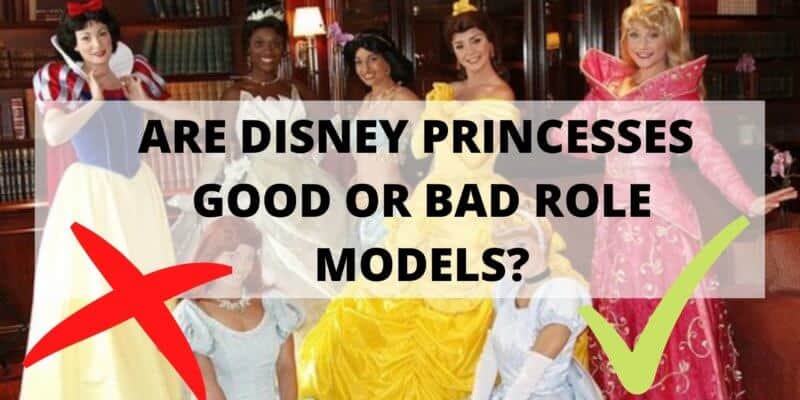 Let’s face it. Disney Princess’ get a bad wrap sometimes when it comes to people criticizing their character. I have heard it over and over, Disney princesses need their prince, and many do not think all Disney princesses are strong female characters.

A BYU (Brigham Young University) study shows that girls ages 8-12 are “taking away lessons of empowerment, and recognizing the positive attributes of Disney princesses.” And the categories that they were able to find for this study are very interesting and make a lot of sense.

How did they do it?

BYU was able to recognize that the consumption of princesses for young girls is at an all-time high. In 2015 Disney princess merchandise sold over $5.5 billion worth, and since then the number has just kept growing. With the target market being for preadolescent girls, BYU thought it was time that someone actually spoke to that age group to find out what they thought about princesses.

“We started looking at the literature that was out there on the Disney princesses, and it was all pretty much critical analysis,” said Tom Robinson, a BYU School of Communications professor who helmed the recent study. “But there was no real data to show how young girls felt about the Disney princesses. … It’s more what adults think is going on and how young girls are being affected by it.”

According to Robinson, such research assumes young girls are consuming the movies at face value. But the recent study shows that preadolescent girls (ages 8-12) are taking away lessons of empowerment, and recognizing the positive attributes and actions of the princesses.”

Right away a group of children shattered the notion that princesses need their prince for a happily ever after. Thirty-one young girls spoke about what empowered them when it comes to princesses, and there are 4 main categories.

This quality has nothing to do with appearance but rather what the princesses stand for.

“Some of them don’t even care that they’re princesses. … They’re normal people and they fight for their freedom,” a 10-year-old participant told researchers during the study, which was given to the Deseret News. “They don’t care that they’re beautiful or not, they are who they are, and they’re OK with that. They don’t want to change anything about themselves.”

Thinking back to my childhood, I know that watching Belle constantly fight for what she believed in against anyone, I definitely developed a stronger external core from a young age. When you think about it, every princess exudes this quality of being themselves. Rapunzel from Tangled is always excited and eager, Anna from Frozen is a klutz, Mulan is a warrior – they all are who they are and do it without shame.

The next category Robinson said:

Some girls were predominantly fascinated by the princesses’ royal lifestyle — the outward beauty, gowns and crowns. Labeled the “Royalists,” this category didn’t come as a surprise to Robinson, who said it best reflects the critical scholarship surrounding Disney princesses. It also reflects a similar phenomenon in adults who are drawn to real-life royalty like Prince Harry and Meghan Markle.

Of course, this is a category! Being a princess looks fun and everyone has had a moment, no matter who you are, that made you want to dress up like a princess. And if the feeling of dressing up and pretending to by royal does one thing, it definitely lets you have fun. Young children can play in this new world and learn to pretend and imagine an elaborate life. The way this helps shape creativity counts for so much!

I really liked this category because I still live in it. The Dreamers like to escape their reality by watching another.

“They saw the lives of the princesses as a life that they would like to have, to be able to get out of their current circumstances,” Robinson said. “Some of the girls had talked about the fact they were bullied. So we kind of feel like there’s that part going on either at home or at school, and they kind of escaped into this world of the princesses.”

When you are young and growing up, school can be tough, bullies can be tough, and finding a way to deal with that is important. Being able to fall into someone else’s life and take a break from worrying about your own is super important for mental health, and it’s a way to keep a healthy lifestyle going for anyone from a young child to a grown adult like me!

This category is one I am so glad to know 10-year-old girls are feeling. The Grrrls mentality is one that screams empowerment.

Focused on empowerment, the “Grrrls” were more interested in what the princesses do rather than who they are. They liked to see the princesses fight their own battles and succeed, Robinson said. These girls had strong optimism and a belief in their potential.

This is SO important for young kids growing up! It helps train them to realize they can do anything they set their minds to. More and more we are seeing princesses fight their own battles like Mulan, especially in the new live action Mulan film. Plus new princesses like Elsa and Moana don’t even have a man in their life!

So from this, we can see that young girls watching these Disney princesses go on adventures are taking away healthy and positive qualities. So no matter the film, any young child growing up will be able to find something to help them grow into a better version of themselves.

What do you think? Are Disney Princesses A Good Role Model? Let us know in the comments!